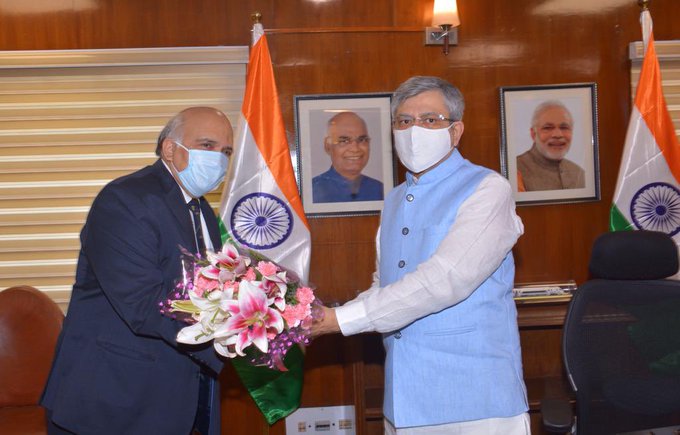 New Delhi, Jul 8( KINS ): All those who live and work in India will have to abide by the rules of the country, newly sworn-in Information and Technology Minister Ashwini Vaishnav said on Thursday.

Vaishnav was talking to reporters after meeting BJP general secretary (Organisation) B L Santhosh at the party office here.

On a question that Twitter was not adhering to IT rules, he said whosoever lives and works in India will have to abide by the rules of the country.

Vaishnav, the MP from Odisha, on Wednesday took oath as the Cabinet Minister and was given the charge of Railways along with the Information and Technology Ministry.

He said was thankful to Prime Minister Narendra Modi for giving him the responsibility.

He said his focus will be on improving the life of the last man standing in the queue.

In past, Vaishnav, while speaking in the Rajya Sabha, had raised the issue of cyber bullying of Karnataka-based Rashmi Samant’s resignation from the position of Oxford Student Union President in the United Kingdom and described it as a serious case of racism.( Source PTI)

‘Internet Express’, a train that land Kashmiris in communication zone