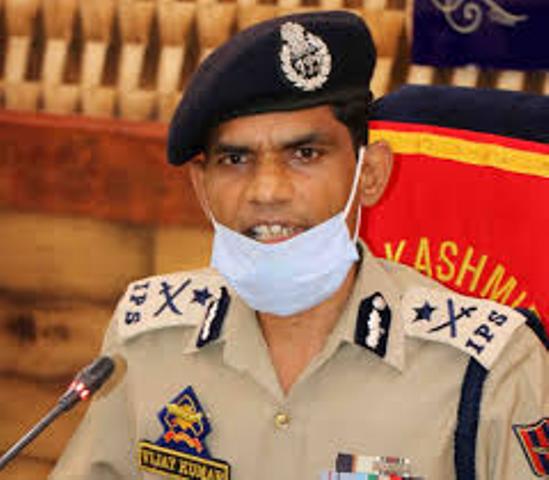 Srinagar, July 14 (KINS): The Jammu and Kashmir police on Wednesday said that three militants were killed in an encounter that broke out between militants and the security forces late last night in New Colony hospital road area of South Kashmir’s Pulwama district

As per a statement, police said that acting on a specific information generated by Srinagar Police about presence of militants in New colony Hospital road area of Pulwama, a joint cordon and search operation was launched by Police, Army (55RR) and CRPF in the area.

“During the search operation, the civilians were evacuated to safer places and as the presence of militants got ascertained they were given an opportunity to surrender, however, they fired indiscriminately upon the joint search party, which was retaliated leading to an encounter.”

The statement reads that due to darkness the operation was suspended, while the cordon remained intact. “Taking advantage of darkness, militants tried to escape, however, they couldn’t. In the wee hours, repeated announcements were again made to hide militants to surrender, but the militants again fired on the joint search party and the fire was retaliated.”

It reads that in the ensuing encounter, three militants of LeT were killed and their bodies were retrieved from the site of encounter. “They have been identified as LeT commander Aijaz @Abu Huraira resident of Pakistan, Javeed Ahmad Rather son of Abdul Ganie Rather resident of Tahab Pulwama, and Shahnawaz Nazir Ganie son of Nazir Ahmad Ganie resident of Samboora Awantipora.”

It reads that as per police records, all the killed militants were part of a group involved in various militancy related crimes regarding which several militancy crime cases stand registered against them.

“The killed foreign militant Aijaz had a history of militancy crime cases. He was also instrumental in recruiting innocent youth into militant folds besides, planning and executing several militant attacks in the area including attacks on Police and security establishments.”

The statement reads that incriminating materials, arms and ammunition including 2 Ak rifles and a pistol were recovered from the site of encounter.

Meanwhile, as per the statement, IGP Kashmir congratulated police and security forces for conducting successful operation without any collateral damage.

“In this connection police have registered a case under relevant sections of law and investigation has been initiated. People are requested to cooperate with police till the area is completely sanitized and cleared of all the explosive materials, if any,” it reads. (KINS)