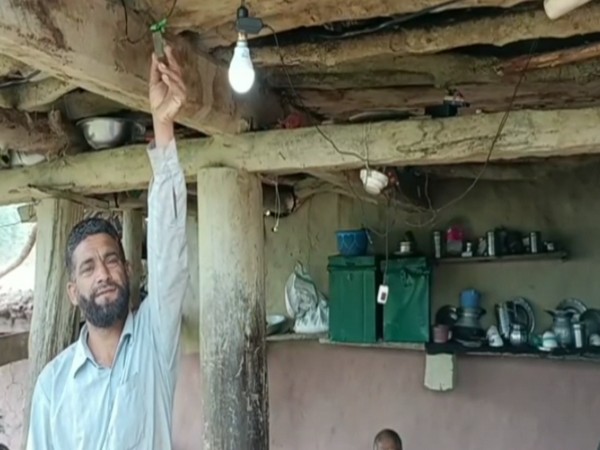 Kadola, 12 km away from the main Ramban bus stand, is perched on the top of a hill in the Ladadhar mountain range.

Nissar Hussain, Executive Engineer of Jammu Power Distribution Corporation Ltd (JPDCL) in Ramban, informed that the electrification of all 25 houses in Kadola was completed on July 7 this year. Besides a 25 KV transformer, about 3 km span of HT line including 69 poles and 2.8 Km of LT line including 50 poles were used, amounting to Rs 28.64 lakh under the Sobhagya Yojna.

Kadola residents thanked the administration and expressed happiness over the electrification of the village.

“We have got electricity for the first time. There are about 25 houses that have got electricity. Our children could not study. Even to charge our mobile, we used to travel to Ramban town. Now we plan to get a television to stay up to date about the world,” said Mohammed Iqbal.

Another villager, Shivram told that there were times when the shopkeepers did not let them charge their phones. “We are very happy now,” he said.

“We are thankful to the administration for providing us electricity. Earlier, we relied on Deeli (resin wood) for the light and the smoke damaged our lungs. It caused several health complications,” said Mohammed Irshad, a resident of the village.

Power supply has brought much-needed relief from smoke said Saddam Hussain, and added, “Now we will also enjoy the facility of cellphones, television and other useful electrical gadgets and our children will be able to attend online classes.”( Source ANI)

Traffic suspended on Jammu-Srinagar highway due to landslides