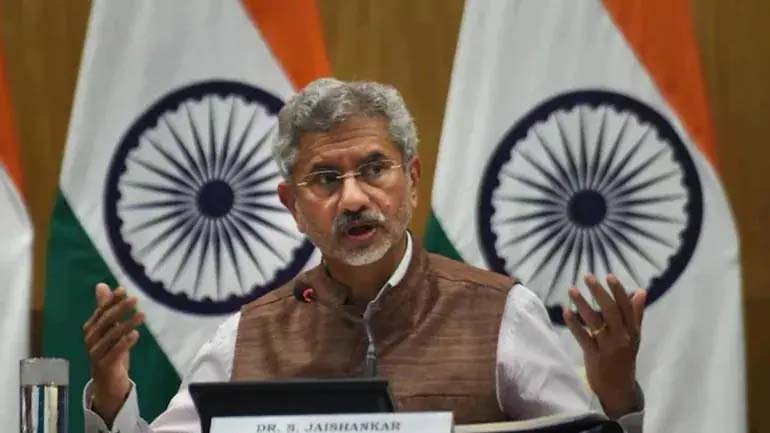 NEW DELHI, JULY 14: Combating terrorism and extremism is the key purpose of the Shanghai Cooperation Organisation (SCO) and it must stop terror financing, External Affairs Minister S Jaishankar said at a key meeting of the grouping that was attended by his counterparts from Pakistan and China.

In his address at the meeting in Dushanbe, the capital of Tajikistan, Jaishankar described the situation in Afghanistan as well as public health and economic recovery as pressing issues facing the region.

“Spoke at the FMM of SCO this morning at Dushanbe. Afghanistan, public health and economic recovery are pressing issues. Combating terrorism and extremism is the key purpose of SCO. Must stop terror financing and deter digital facilitation,” Jaishankar tweeted.

In his remarks, the external affairs minister also highlighted the “One Earth One Health” message and urged early universal vaccination to deal with the coronavirus pandemic.

Jaishankar said he also spoke on reformed multi-lateralism and underlined the need to rejuvenate this domain.

Earlier, in a separate tweet, Jaishankar said the 20th year of establishment of the SCO is an opportune time for the grouping to reflect on achievements and deliberate on challenges.

Afghanistan witnessed a series of terror attacks in the last few weeks as the US looked to complete the withdrawal of its forces from Afghanistan by August-end, ending a nearly two-decade of its military presence in the war-ravaged country.

The volatile situation in Afghanistan has triggered global concerns.

The SCO, seen as a counterweight to NATO, is an eight-member economic and security bloc and has emerged as one of the largest trans-regional international organisations.

India and Pakistan became its permanent members in 2017.

The SCO was founded at a summit in Shanghai in 2001 by the presidents of Russia, China, Kyrgyz Republic, Kazakhstan, Tajikistan and Uzbekistan.

India has shown keen interest in deepening its security-related cooperation with the SCO and its Regional Anti-Terrorism Structure (RATS) which specifically deals with issues relating to security and defence.

India was made an observer at the SCO in 2005 and has generally participated in the ministerial-level meetings of the grouping which focus mainly on security and economic cooperation in the Eurasian region. (Source PTI)

Kashmir integral part of India, can’t be separated till a single BJP worker is alive: Shah

‘Tukde Tukde Gang Should Be Taught A Lesson’: Amit Shah On Citizenship Protests