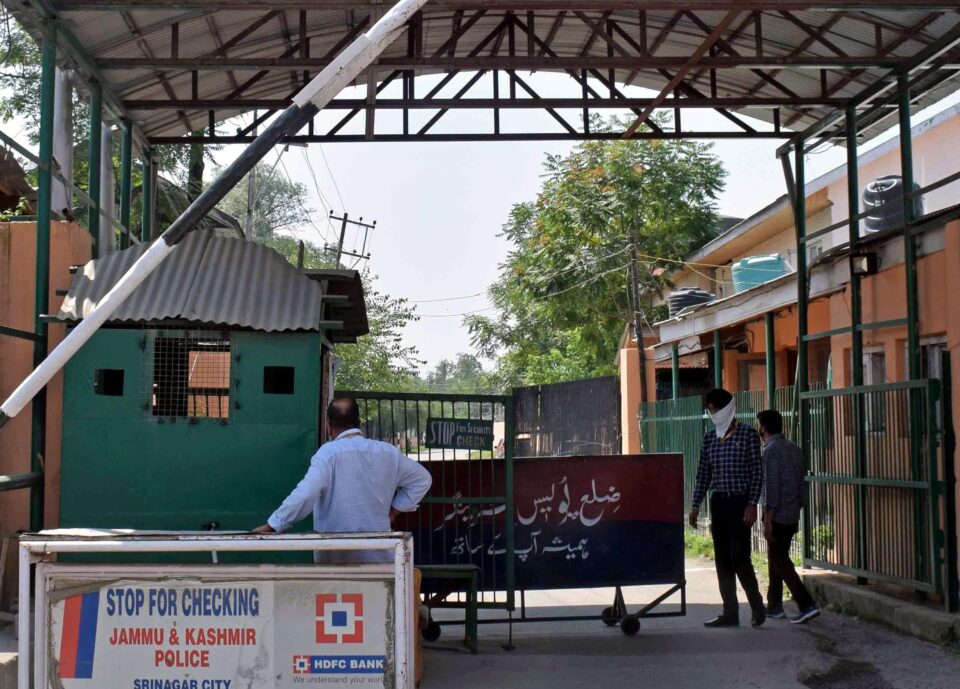 Kashmir July 24 (KINS): The CBI on Saturday carried out searches on 40 locations in Jammu and Kashmir, Delhi including at the residences of two senior IAS officers Shahid Iqbal Chowdhary and Niraj Kumar in connection with the alleged illegal issuance of over 2 lakh gun licenses in Jammu and Kashmir.

The searches were carried out in connection with a probe into two cases pertaining to the alleged issuance of over 2 lakh arms licences from different districts of the erstwhile state of Jammu and Kashmir by DCs between 2012 and 2016. It is alleged that arms licences were issued in lieu of money and it is believed to be India’s biggest illegal gun licenses racket.

“The CBI has seized some of the important documents which will help the investigating agency to further carry out the investigation. Shahid Chowdhary may also be summoned to CBI headquarters office in Srinagar related to the investigations,” a senior CBI official said.

Chowdhary, is currently serving as Secretary Tribal Affairs and CEO of Mission Youth in Jammu and Kashmir. Before that he was District Development Commissioner Srinagar.  Earlier, he served as the Deputy Commissioner of Kathua, Reasi, Rajouri, and Udhampur districts. During this period, he allegedly issued thousands of licenses to people in other states under fake names.

Besides Srinagar, the CBI officials also carried out raids at other locations of Jammu and Kashmir including at Anantnag, Baramulla, Jammu, Udhampur, Rajouri (J&K), and also Delhi during which official and residential premises of current and former bureaucrats were searched.

“The search operation is spread across Jammu, Srinagar, Udhampur, Rajouri, Anantnag, Baramulla and Delhi at the official and residential premises of public servants, including IAS officers, around 20 gun houses among others in an ongoing investigation of a case related to arms license racket,” a CBI spokesperson said in a statement to news agency KINS.

So far, at least eight former deputy commissioners are being investigated by the central agency in connection with the case.

In 2020, two IAS officers, Rajiv Ranjan and Itrat Hussain Rafiqui were arrested by the CBI. They allegedly issued several such licenses during their tenures as Deputy Commissioner of Kupwara district in North Kashmir.

The CBI had in December 2019 carried out searches at over a dozen locations in Srinagar, Jammu, Gurgaon and Noida on the premises of the then district collectors and magistrates of Kupwara, Baramulla, Udhampur, Kishtwar, Shopian, Rajouri, Doda, Pulwama, and several other places.

It is alleged that then public servants issued arms licences to non-residents of state in violation of rules and received illegal gratification.

The Rajasthan Anti Terrorism Squad had unearthed the scandal in 2017 and had arrested over 50 people for their alleged involvement in the illegal issuance of arms licences. Based on ATS findings, in 2018, the then Jammu and Kashmir Governor N N Vohra had handed over the matter to the CBI.

In February 2020, the CBI also arrested a private individual who was involved in various financial transactions with other co-accused, including public servants.

Despite the arrest of several high-profile officials by the CBI in a fake gun licenses scam, J&K still tops the list of states/UTs where arms licences were issued between from 2018 to 2020 in India.