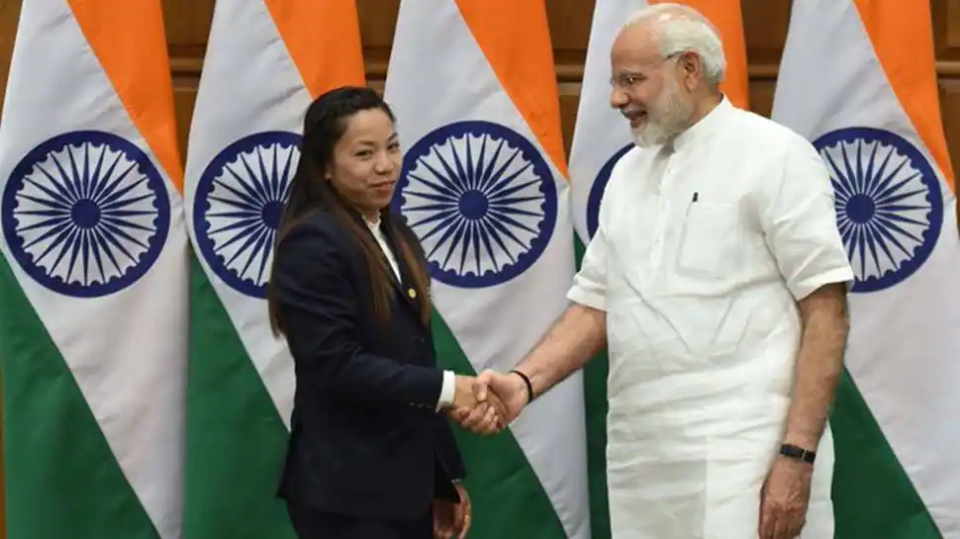 New Delhi, July 24 : Just as Indian weightlifter Mirabai Chanu bagged the country’s first medal at the Tokyo Olympics 2021, Prime Minister Narendra Modi celebrated the historic feat along with the whole country.Taking to Twitter, PM wrote: “Could not have asked for a happier start to Tokyo2020! India is elated by Mirabai Chanu’s stupendous performance. Congratulations to her for winning the Silver medal in weightlifting. Her success motivates every Indian.”President Ramnath Kovind too congratulated the weightlifter on her silver win. “Heartiest congratulations to Mirabai Chanu for starting  the medal tally for India in the Tokyo Olympics 2020 by winning silver medal in weightlifting,” he wrote on Twitter.With this silver medal, Chanu has become the second Indian weightlifter to win an Olympic medal after Karnam Malleswari bagged bronze in the 69kg category at the 2000 Sydney Games.

No change in list of places for which foreign journalists need govt permission: MEA

My dad’s hug was worth a million hugs: Galib Guru