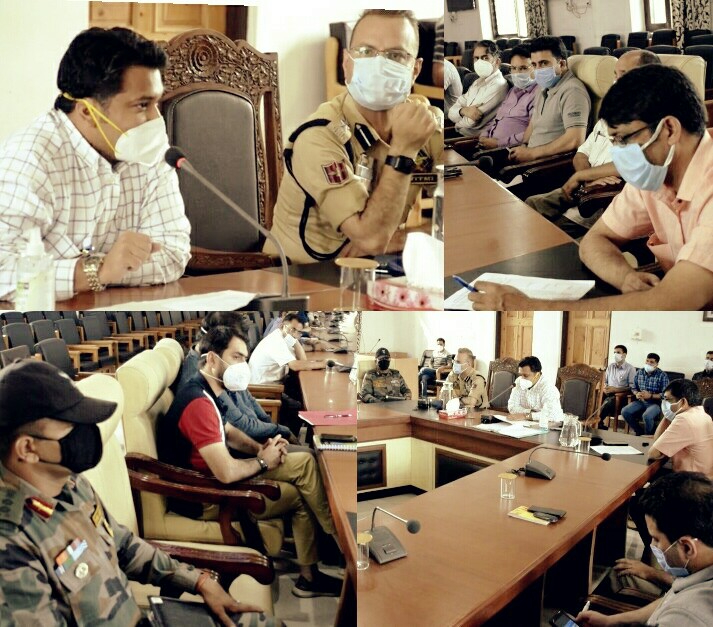 During the meeting, the importance and relevance of the National Day was elaborated in threadbare. Pertinently, this 15th August will be celebrated as 75th Year of the country’s freedom.

At the outset, the DC said this year’s Independence Day marks a special and historical occasion in the history of free India as the Nation commemorates 75 years of independence. He directed the officers and agencies for making better coordination among themselves besides putting all requisite arrangements in place to make the National event a grand success.

On the occasion, the timing and schedule, security, sanitation and cleanliness, seating arrangements, medical facilities, power and water supply, illumination and decoration of the main venue, deployment of fire tenders, transportation facilities, invitations, dais management and PA System installation, prize distribution besides other arrangements were reviewed for the ensuing National Event.

Concerned officers were directed to do their assigned jobs meticulously for ensuring smooth Independence Day Celebration.

The meeting was informed that the main function shall be held at Government Degree College (Boys), Khanabal where the National Flag will be unfurled by the Chief Guest followed by parade by contingents from JK Police and other Security Forces.

Further, colourful cultural programmes based on patriotism and nationalism, folk etc would also be presented.

It was given out that the full dress rehearsal of the programme will be held well before the National Day.

Besides, the celebrations will also be held at the Subdivision and Tehsil levels. The respective SDMs and Tehsildars were directed to ensure the function becomes a success.

MeT predicts rain in Kashmir during next 8 hours