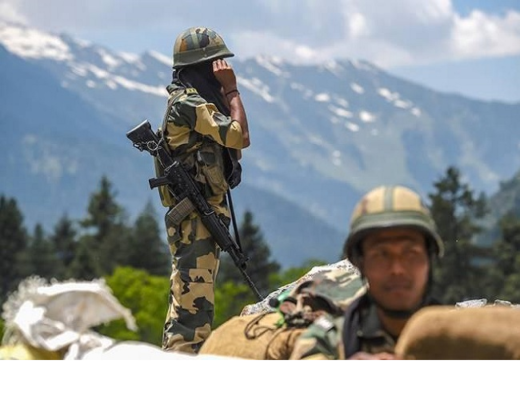 NEW DELHI, July 26  ( KINS) : Along with the help of satellites and drones, Indian security forces are also creating a network of surveillance cameras and sensors to keep a close watch on the Chinese Army along the Line of Actual Control.

“A number of these new cameras and sensors have been deployed along the Line of Actual Control from Eastern Ladakh to Arunachal Pradesh to keep a track of adversary’s activities.”

“The high resolution unattended or remote-controlled cameras help in keeping a close watch on activities in far-flung areas and locations and also give time to ground troops to reach there,” they said.

The sources said the surveillance network comprising these cameras and sensors is helping the ground commanders respond swiftly to situations there.

The Indian Army had highlighted the need for creating this surveillance network in a briefing to a parliamentary committee to keep a close watch on the Chinese actions there.

Meanwhile, India and China are expected to hold the 12th round of talks any time now to discuss the resolution of issues at the Gogra Heights and Hot Springs friction points.

The Indian security forces and establishment have been asking China to solve the issue first before taking upon other points like de-escalation.

The issue of the Charding Nullah area is also expected to be taken up for discussions in future meetings as the Chinese have put up tents there and not vacating the positions despite Indian requests.

Army sources maintain that a status quo remains in place in the Charding Nullah area the issue which started a couple of years ago.

However, sources said the Chinese have increased the number of tents in the Charding Nullah area around 10 but they have reduced it again.

The Chinese have been talking to India after their aggressive manoeuvres last year, but not much has been achieved other than partial withdrawal along the banks of the Pangong Tso Lake. (Agencies)

Science Ministry to set up ‘Centre of Excellence’: Dr Jitendra

MHA terms abrogation of Article 370, 35A as top achievements of NDA govt during last 1 year