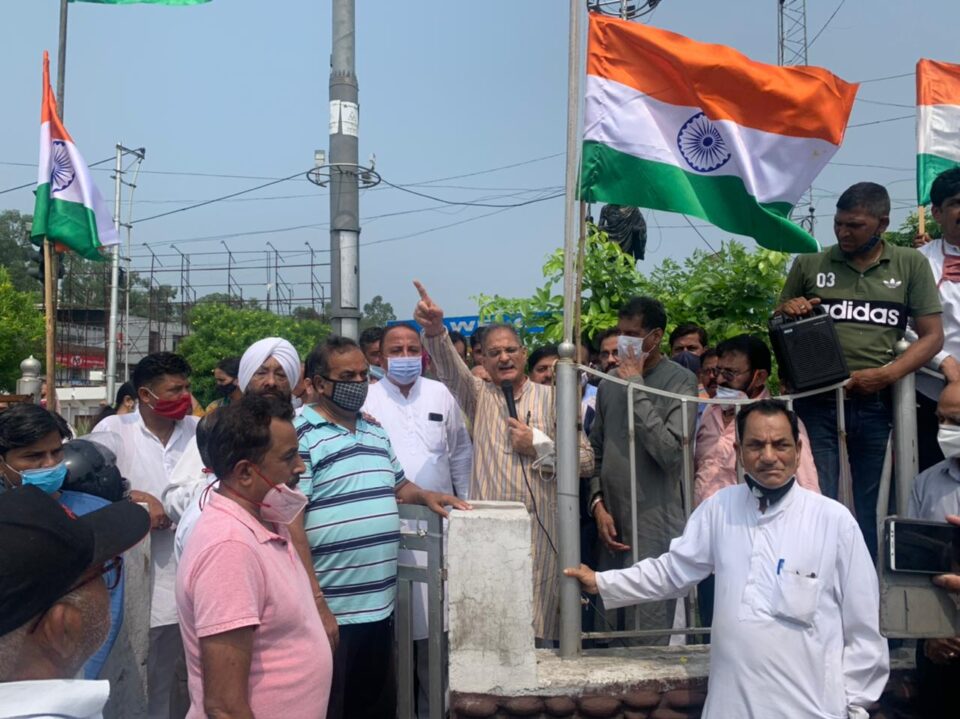 Jammu , Aug 5 ( KINS ) : Congress, PDP and Pakistan are on same page as far as abrogation of Article 370 is concerned since the trio is mourning its end with equal intensity.

This was said by senior BJP leader and former deputy chief minister Kavinder Gupta during flag hoisting programmes held on the second anniversary of abrogation of Article 370 and bifurcation of J&K State into J&K and Ladakh UTs.

While hoisting Tricolour at Satwari Chowk, Gorkha Nagar, Bahu Fort and wards in Gandhi Nagar Constituency, he said that move of the PM narendra Modi led BJP Government for complete integration of J&K with India leaving no impediments was a historical step that will be written in the history of the country in golden words. He said that BJP has done tremendous other works in J&K as far as development and peace are concerned and that is the reason the PDP and the Congress parties are becoming restive as is clear from their baseless rants against the BJP. He said that like rogue nation Pakistan, they are also behaving as if BJP has committed a sin by bringing completely the J&K into the ambit of Constitution of India and giving rights to those who were lurching for the same from posts to pillars.

Later, several Balmiki Samaj leaders expressed gratitude to BJP government for taking this daring step in the direction of providing justice to all. They also commended Kavinder Gupta for his dedication towards the Gandhi Nagar Constituency and its people. Similar response was given by the Gorkha community people during flag hoisting ceremony at Gorkha Nagar. The people of ward no. 48 expressed zeal and zest to show solidarity on the second anniversary of abrogation of Article 370.  Kavinder said that BJP never discriminates on the basis of caste, colour, creed or religion. He said that by taking this landmark step in J&K, it has proved that under this party all are equal citizens of the country and no one can have privilege over the other.