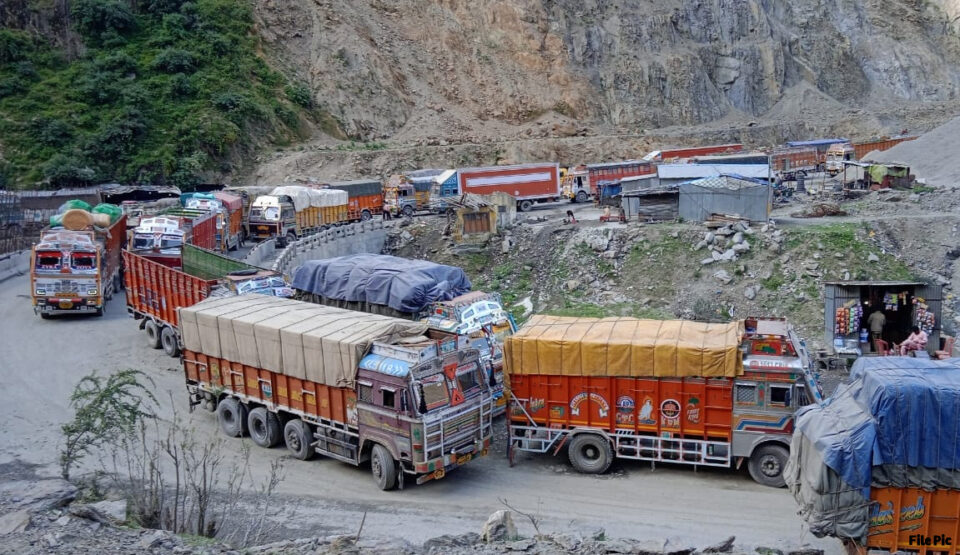 Srinagar, Aug 12 (KINS ) Traffic on Srinagar-Jammu national highway was resumed on Thursday after remaining suspended for weekly maintenance yesterday.
The other roads, including Srinagar-Leh national highway, the only road linking Union Territory (UT) of Ladakh with Kashmir, historic Mughal road and Anantnag-Sinthan-Kishtwar road are also open, a traffic police official told  today.
He said no traffic was allowed from Srinagar or Jammu Wednesday to allow National Highway Authority of India (NHAI) to undertake weekly maintenance and repair on the road.
The UT administration after frequent landslides and shooting stones during winter forcing authorities to suspend traffic had announced that traffic will remain suspend on every Wednesday to allow NHAI to carry out maintenance and repair so that the road remains open on other week days.
He said Light Motor Vehicles (LMVs) were allowed to ply from both Srinagar and Jammu. However, Heavy Motor Vehicles (HMVs) and security force convoy will ply from Jammu to Srinagar only.( SOURCE UNI)

Drones being pressed into service to keep strict vigil on ID

9-yrs on,  residents of Sonawar await for completion of bridge

Mirwaiz to lead Eid Prayers at Eidgah in Srinagar

PDP grieved over demise of its Sonawari Vice president