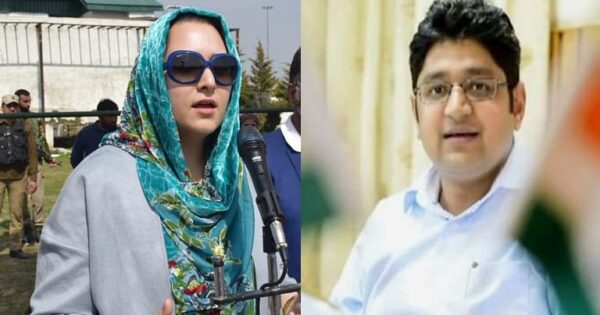 Srinagar Aug 14 ( KINS ): The Appointments Committee of the Cabinet of the union Ministry of Personnel, Public Grievances and Pensions has approved extension in the inter-cadre deputation of Divisional Commissioner Jammu, Raghav Langer and Mission Director, Rural Livelihood Mission, Syed Sehrish Asgar from Uttarakhand and Punjab cadres respectively to the J&K segment of the Arunachal Pradesh-Goa-Mizoram-and-Union Territory (AGMUT) cadre.

In separate orders issued to this effect, Nidhi Srivastava, Deputy Secretary to the government in the Department of Personnel and Training of the Ministry of Personnel, Public Grievances and Pensions, approved extension of tenure of inter-cadre deputation of Asgar from Punjab to J&K segment of AGMUT cadre for a period of two years beyond June 10, 2021 as proposed by the AIS Division of the DoPT.

Likewise, the ACC approved extension of tenure of inter-cadre deputation of Langer from Uttarakhand to J&K AGMUT for a period of two years beyond October 3, 2021.

The ACC also approved the fresh inter-cadre deputation of IPS officers Abhishek Mahajan and Lakshay Sharma from UP and Manipur cadres respectively to J&K segment of AGMUT cadre as proposed by the Ministry of Home Affairs for an initial period of three years.

Coronavirus: Use WhatsApp to treat patients online, DAK to doctors