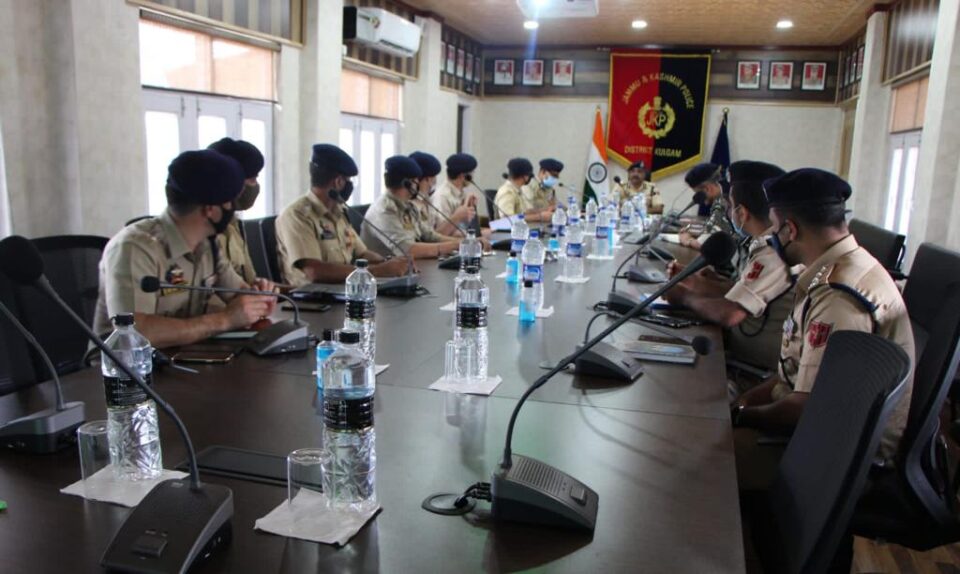 JAMMU, Aug 20 ( KINS ) : Jammu and Kashmir Police chief Dilbag Singh on Friday said militant outfits were continuously trying to foment trouble to disturb peace in the union territory and asked the security forces to remain alert and keep elements providing support to militants under the radar.
Singh was in Kulgam district of South Kashmir Range where he chaired a security review meeting with senior officials of the J-K Police, the Army, the CRPF and jurisdictional officers, a police spokesman said.

Addressing the officers, the DGP stressed for intensified cordon and search operations to eliminate the remaining terrorists, he said.
“Singh directed the officers to further strengthen and augment the intelligence as well as security grids in their respective areas for the safety and security of the people,” the spokesman said.
The police chief said suspicious elements providing any kind of support to terrorist activities should be kept under the radar to foil their attempts, he said.
He also said stringent action should be taken against elements found involved in anti-peace activities, the spokesman added.
“During the meeting, the DGP reiterated the importance of maintaining close synergy between the J-K Police and other agencies to meet the security challenges. The DGP directed the officers to revisit the security plans of their respective jurisdictions.” “He directed officers to remain extra alert as terror outfits are continuously trying to foment trouble and disturb the peace. The DGP ordered a series of measures to further tighten the noose on anti-national elements,” the spokesman said.
Singh also directed the officers to brief their respective officers and personnel on a regular basis, especially the forces guarding the vital installations and important persons.
The officers briefed the DGP about the measures taken on different fronts with regard to the safety and security of the people of J-K, the spokesman said