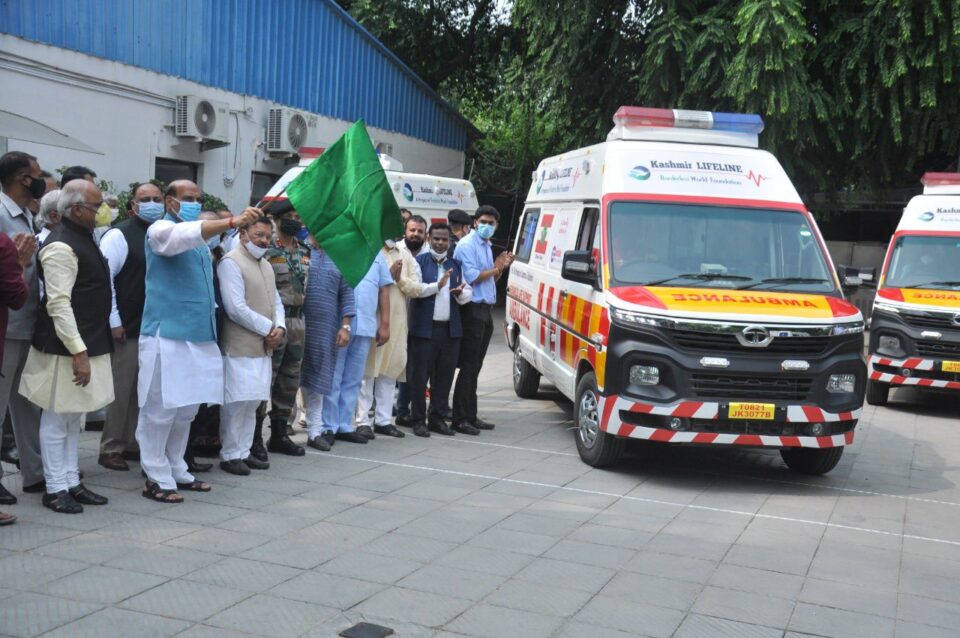 New Delhi, Aug 20 ( KINS ) : Defence Minister Rajnath Singh on Friday flagged off from his residence here a fleet of five trauma care ambulances donated to the Army by a non-profit group for deployment in Jammu and Kashmir.

The ambulances have been donated by Borderless World Foundation to the Chinar Corps, the Army”s strategic unit that guards the Line of Control (LoC) in Kashmir.

BJP Rajya Sabha MP Vinay Sahasrabuddhe said, “The ambulances will be stationed in five sectors located along the Line of Control in Jammu and Kashmir and will be managed by the Indian Army.”

They will be deployed at different locations in Gurez, Machil, Keran, Tangdhar and Uri sectors in Kupwara and Baramulla districts of Jammu and Kashmir, he said.

The Army will use them for critical care needed by its personnel as well as local residents, said Delhi BJP vice president Virendra Sachdeva, also the coordinator of the flag-off ceremony.

Parvez Rasool Hits Back at JKCA After Being Accused of Stealing Roller, Says, ‘It Is Really Unfortunate’