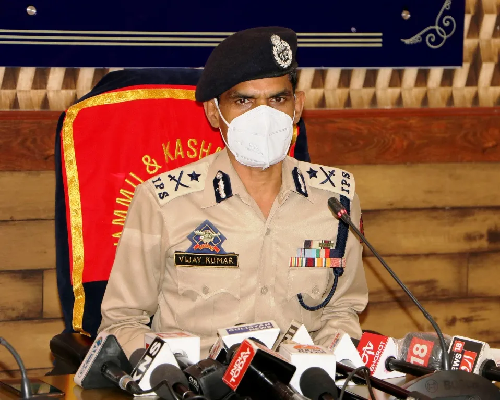 Srinagar, Aug 21 (KINS ) Three Jaish-e-Mohammad (JeM) were on Saturday killed in an encounter with security forces in the wood in south Kashmir district of Pulwama.

Giving details about the encounter, a police spokesman said on a tip off about the presence of militants in the forest area of Nagbaeran Tral, Awantipora in Pulwama Special Operation Group (SOG) of Jammu and Kashmir police, CRPF and Rashtriya Rifles (RR) launched a joint Cordon and Search Operation (CASO)  early Saturday morning.

He said when the security forces were moving towards the area where the militants were hiding, they came under heavy fire. Security forces also retaliated ensuing in an encounter.

He said three militants of JeM were killed in the encounter. However, searches in the dense forest area was going on when the reports last came in.

Last month two militants of the JeM were eliminated in an encounter by security forces in the woods. However, some militants had managed to escape.

With today’s killings, a total of five militants were killed during the past 24 hours in south Kashmir, where Director General of Police (DGP) had directed security agencies to intensify CASO.

Security forces ready to meet any challenge, infiltrators will be killed , IGP

Militants killing civilians and hiding in forests will not escape death, IGP-GOC-Victor Force

Where is development promised by Govt while revoking Art 370, asks Tarigami