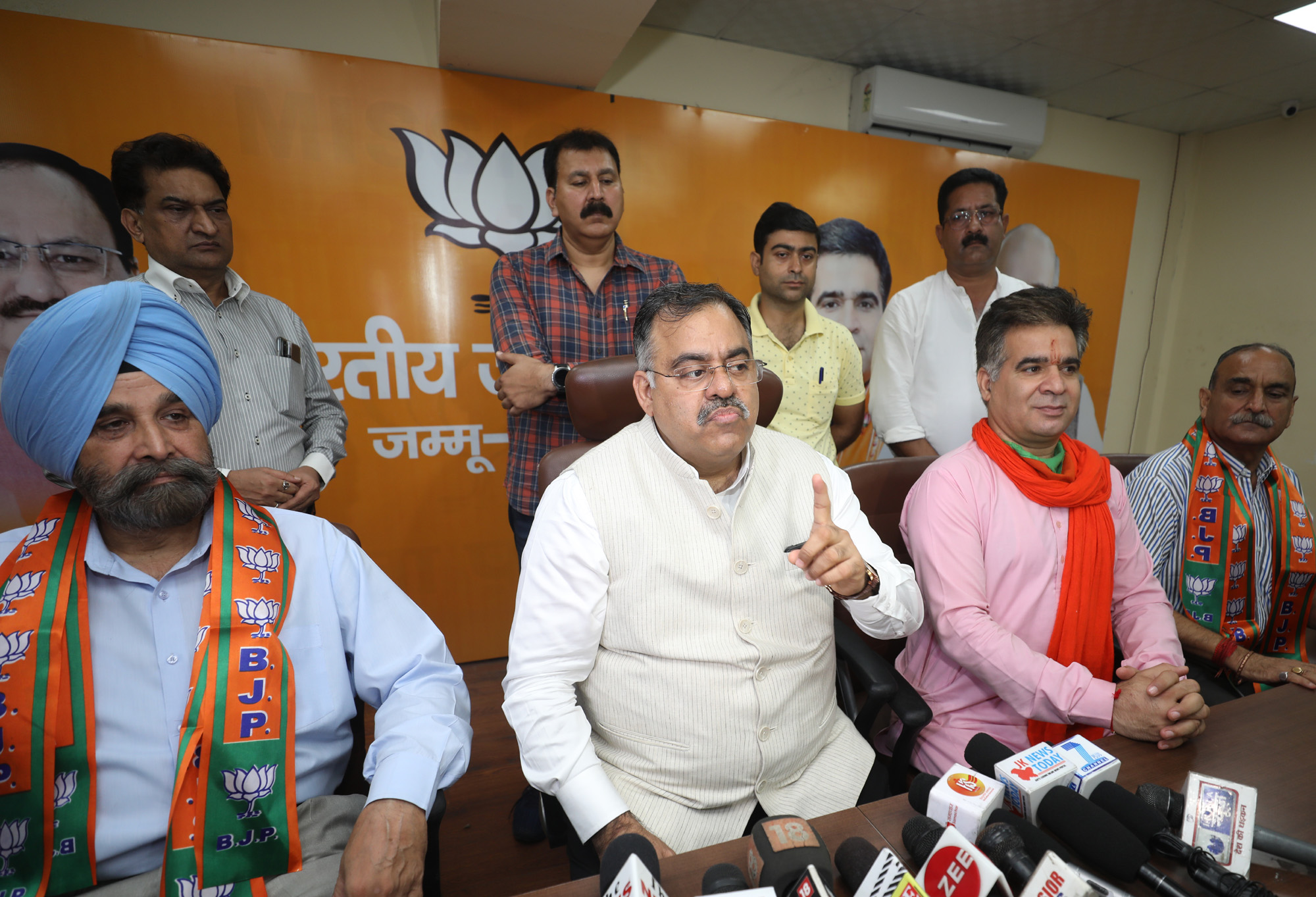 Jammu, August 27 ( KINS ) : Slamming PDP president Mehbooba Mufti for her reference to the Taliban takeover of Afghanistan to call upon the government to restore Jammu and Kashmir’s special status, BJP general secretary Tarun Chugh has said she is daydreaming and that her wishes will never come true.

Calling Mehbooba’s remarks as “anti-national”, Chugh said on Thursday that Jammu and Kashmir had outright rejected her Peoples Democratic Party (PDP) and “the Gupkar gang”, referring to the People’s Alliance for Gupkar Declaration – an alliance of some mainstream Jammu and Kashmir parties.

Referring to popular TV series ‘Mungerilal ke Haseen Sapne’, Chugh said, “Mungerilal dreamed at night, but Mehbooba Mufti does it in the day. They will never come true.”

Addressing party workers earlier this month, Mehbooba had asked the Centre to take a lesson out of Afghanistan where the Taliban seized power and made the US flee, and urged the government to hold dialogue in Jammu and Kashmir and return its special status which was revoked in 2019.

Referring to the Taliban seizing power in Afghanistan, the former chief minister warned the Centre “not to test us” and asked the government to “mend its ways, understand the situation, and see what is happening in your neighbourhood”.

Reacting to her remarks, BJP leader Chugh said, “It was J&K’s misfortune that these dynasties (PDP and National Conference) killed development here and whenever public solicited response they started speaking in the language of China and Pakistan. Now they are talking about Taliban. It is a nation run by (Prime Minister Narendra) Modi ji. Anyone who does any misadventure will be taught a lesson. Pakistan has been already taught a lesson.”   He said nepotism by the PDP and the National Conference had murdered democracy in J&K. He said Jammu and Kashmir is fast transforming into a “tourism capital from terrorism capital”. ( source PTI)

‘We will fulfill our promise, JK will get statehood’, says Avinash Rai Khanna

Testing capacity increased by over 350% in one month, J&K now No. 1 in the country in testing: Kansal