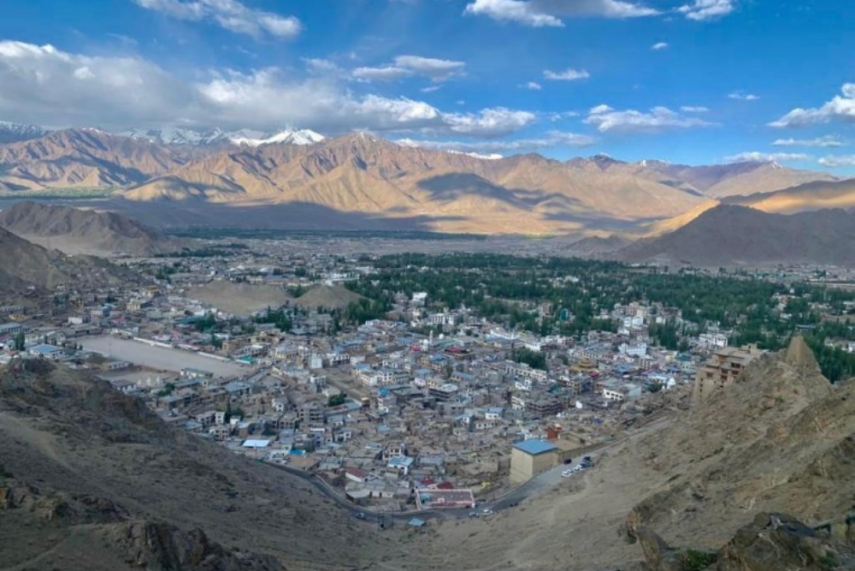 Ladakh, Aug 28 ( KINS ) In a significant move, the Minister of State for Defence Ajay Bhatt on Saturday met a joint delegation of the Peoples Movement for Ladakh and Kargil Democratic Alliance in Leh.

Bhatt assured the leaders of the region that the committee of Home Ministry will be formed to have consultations about their demands.

The leaders said the meeting was held in a cordial atmosphere and political leaders representing Kargil and Leh reiterated their demand for full statehood for Ladakh region.

They said they discussed full-statehood, starting of recruitment process in the region,and two separate Lok Sabha seats, constitutional safeguards for preserving the environment and demography of the Ladakh.

The leaders said the Minister heard them for two hours and agreed with their demands that a joint committee of Home Ministry should be formed to have a consultation with the Ladakh leaders.

On August 1, four days ahead of the second anniversary of the abrogation of Article 370, the leaders from Kargil and Leh had jointly called for full statehood for Ladakh with the legislature.

They had also sought safeguards on the lines of Article 371. They had said they reject any domicile law on the pattern of Jammu and Kashmir for Ladakh. They also sought two seats for the Lok Sabha from the region.

After abrogation of Article 370, the apex body of the Peoples Movement for Ladakh, an amalgam of different political and religious organizations of Leh was formed to seek Sixth Schedule for the Ladakh.

Later on, they held a meeting with the Home Minister. In June this year, they sought statehood for Ladakh instead of the sixth schedule.

Similarly, in October last year Kargil Democratic Alliance, an amalgam of different political and religious parties of the region based in Kargil emerged. They have filed a petition before the Supreme Court against abrogation of Article 370.

On Friday Minister of State for Defence Ajay Bhatt reviewed the prevailing security situation along the Line of Actual Control (LAC) in Eastern Ladakh in Chushul sector and later with the top Army Commanders at 14 Corps Headquarters in Leh.

Bhatt is on a three-day visit to the Union Territories of Ladakh and Jammu and Kashmir.

The Army Commanders briefed Bhatt at Chushul near the LAC with Ladakh about the situation in Eastern Ladakh.

This is the first visit of the Minister of State for Defence to Ladakh and Jammu and Kashmir after assuming charge.