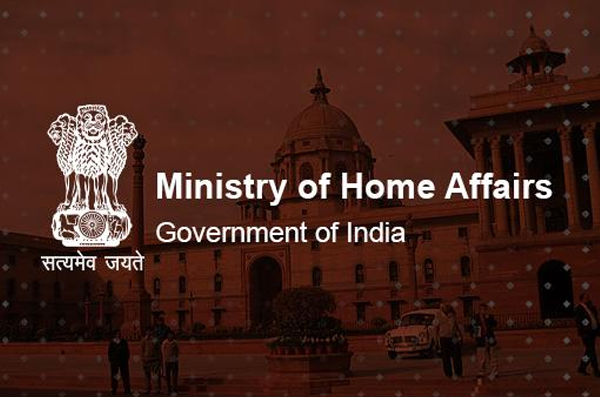 Srinagar, Aug 28 (KINS): The Ministry of Home Affairs (MHA) is reviewing the list of officers willing to serve in the Jammu and Kashmir Union territory.

Cadre-controlling authorities in the central government had already provided the list of suitable officers eligible for deputation and willing to serve in the Government of Union territory of Jammu and Kashmir to the Ministry of Home Affairs.

Top sources privy to the list disclosed to news agency KINS that several AGMUT cadre IAS Officers have shown their willingness to go on deputation to J&K Union territory.

The Centre had merged Jammu and Kashmir cadre IAS, IPS and IFS officers with that of Arunachal Pradesh, Goa, Mizoram and Union Territory (AGMUT), also called the Union Territory cadre, through an ordinance.

The move was amid to allow officers posted in these states and UTs to work in J&K and vice versa.

“Several officers have already joined in the Union territory and me after the review some  IAS officers are likely to be brought from states of AGMUT in the next few weeks,” sources disclosed.

Sources said that around seven to ten officers from Defence Services and other allied services have also shown willingness to serve in J&K.

However sources said that all these officers have to take approval from the MHA before the deputation. “Shift of officers would happen only after cadre-controlling authorities consent/no objection, vigilance clearance of the officers,” sources said.

Sources said that from last few weeks the Centre is working on various inter-ministerial proposals to resolve civilian manpower shortage in Jammu and Kashmir, including getting back officers deputed to the Centre. “Shortage of officers apart, it is strongly felt that we need more experienced hands and senior officials at the helm to lead key governmental initiatives. Many on deputation come with better skill sets and also larger all-India vision,” said one of the top officials in the central government.

Sources said that the Ministry of Home Affairs (MHA) recently had written letters to all cadre-controlling authorities, directing them to immediately send IAS, IPS and other all-India service officers on deputation to the union territories (UTs) of Jammu and Kashmir and Ladakh amid an “acute shortage”.

In an Office Memorandum, addressed to all cadre-controlling authorities, the MHA “requested that the willingness of Central Civil Services Officers, selected through Central Civil Exams conducted by the UPSC (Union Public Service Commission) may please be obtained” for a stint in the two UTs.

Sources said that the communication, was sent to the Railway Board chairman, Controller General of Accounts (CGA), Comptroller Auditor General of India (CAG), secretaries of the ministries of Defence, External Affairs, Corporate Affairs, and Information and Broadcasting, chairpersons of the Central Board of Direct Taxes (CBDT) and Central Board of Indirect Taxes and Customs (CBIC), and the Departments of Commerce, Telecommunications and Posts.

The erstwhile state of Jammu & Kashmir was bifurcated and recategorised last year as the UTs of J&K and Ladakh. Until then, the J&K cadre served Ladakh as well.

The Government of India have cited dearth of All India Service (AIS) in Jammu & Kashmir Union Territory as the reason for merging J&K cadre of IAS, IPS and Indian Forest Service (IFoS) with the Arunachal Pradesh, Goa, Mizoram, Union Territory (AGMUT) cadre.

According to the statement of objects and reasons of “The Jammu & Kashmir Reorganisation (amendment) Bill-2021” moved in Rajya Sabha on, the merger of J&K cadre with AGMUT happened due to severe shortage of All India Service officers in the UT.

“There is a huge deficiency of the officers of All India Services in the Union Territory of Jammu & Kashmir. The developmental schemes, centrally sponsored schemes and other allied activities suffer due to non-availability of All India Officers in the existing cadres of the Jammu and Kashmir as such there is a requirement of merging it with Arunachal Pradesh, Goa, Mizoram, Union territories cadre so that the officers in this cadre can be posted in the Union territory of Jammu and Kashmir to meet out any deficiency to some extent,” reads the statement of objects and reasons of the bill.

It further reads that the move will provide uniformity in the governance of all the Union territories and further enhance efficiency in their administration.

The bill was brought in the Parliament to replace the ordinance brought on January 7 for merger of J&K cadre of coveted services with AGMUT cadre.(KINS)

6 years after, work on Dogripora flood channel yet to be started Experts working on studying this project, says CE I&FC Dept

NAAC grants A+ accreditation to University of Kashmir