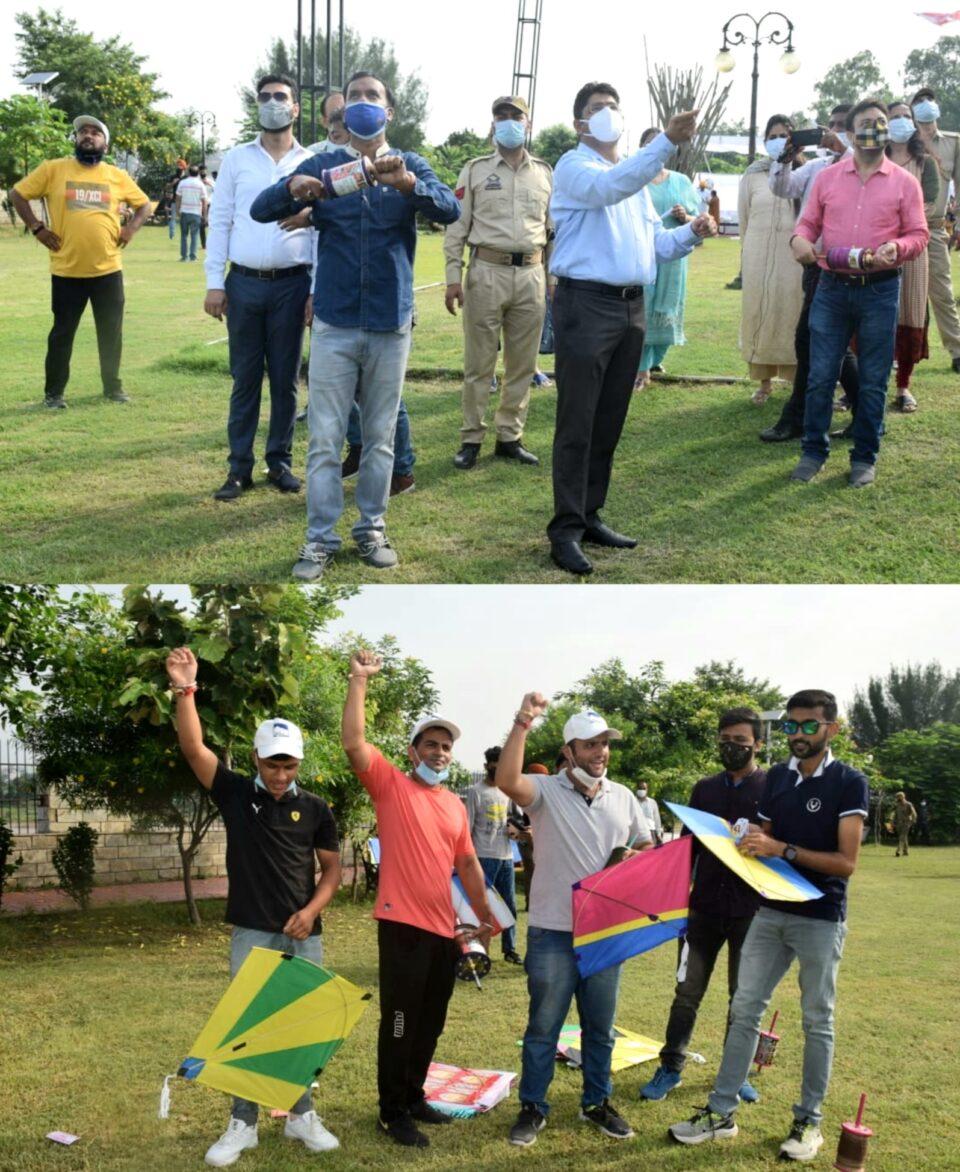 JAMMU, AUGUST 28 ( KINS ) : Directorate of Tourism, Jammu in collaboration with JKTDC, today organized the Jammu Kite Festival 2nd Edition at Tawi River Front Park. Owing to the enthusiasm Jammuites have for kites the festival witnessed a huge crowd from various parts of Jammu.

The event was inaugurated by Divisional Commissioner, Dr. Raghav Langer, by releasing the string of a kite.

Speaking on the occasion, he said “Kite flying has been an integral part of Indian Culture. Kites have the ability to drag us out of our homes and go back to childhood for a while. I congratulate Directorate of Tourism, Jammu for organizing such a festival”

Addressing the media, Director Tourism Jammu, Vivekanand Rai said “Kites have been a part of a tradition since ancient time and even today they are flown to celebrate various festivals and sentiments. Ever since we started thinking about organizing a Kite Flying Festival in Jammu we were sure that it would get a great response. I would like to thank the people of Jammu for making our initiative a thorough success and using Indian Thread for Flying Kites”.

A total of 50 Kite enthusiasts participated in the event. The blue sky was dotted with numerous kites of various shapes, colours and sizes which added to everyone’s delight.

Pertinent to mention here is that the participants used only Indian Thread for flying Kites. It was ensured at the entry gate by the Directorate of Tourism, Jammu that none of the participants take Chinese thread inside the venue.

Subhang Sethi and Mohit Sharma were declared winners in two categories and each of them won a 2N/3D stay at Patnitop sponsored by JKTDC and Directorate of Tourism, Jammu, for a family of four. All the participants were given certificates in the end.

Deputy Director Tourism (Publicity), Naresh Kumar said that the purpose of organizing this event was to revive the age-old tradition of kite flying and provide Jammuites an opportunity to witness Patanagbaazi out in the open.

The Festival also marked the celebration of Azadi ka Amrut Mahostav (75 years of India’s Independence). This event will be made a regular feature in coming years and will be organized in a grander manner which will help in attracting tourists from all parts of India.

SPO recruitment drive gets huge response in Jammu and Kashmir, over 77,000 apply