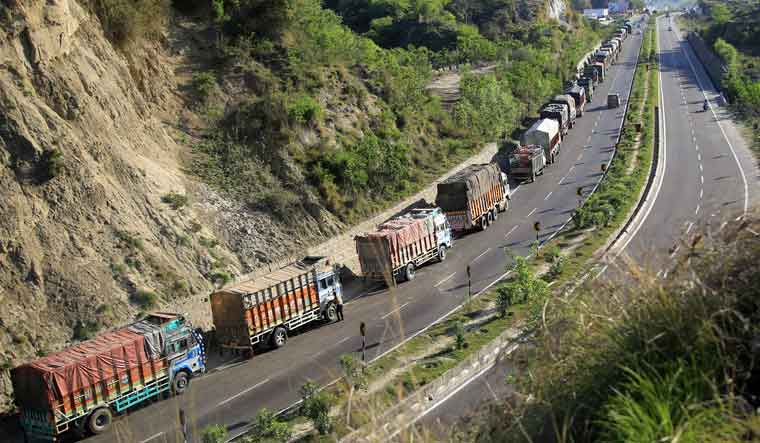 Srinagar, Aug 28 ( KINS ) : Traffic has resumed on the national highway, the only road connecting Union Territory (UT) of Ladakh with Kashmir, a traffic police official said here on Saturday.

No vehicle was allowed from either side on Srinagar-Leh national highway on Friday to allow Beacon authorities to undertake weekly repair on the road, particularly at Zojila pass.

He said both way traffic was allowed on the highway today. While vehicles from Kargil in Ladakh will be allowed in the morning from 0600 hrs till 1100 hrs, those from Sonamarg in the central Kashmir to Ladakh will ply later.

The UTs of Jammu and Kashmir and Ladakh have agreed to suspend traffic on the highway every Friday for maintenance, which remained closed for six winter months due to heavy snowfall.