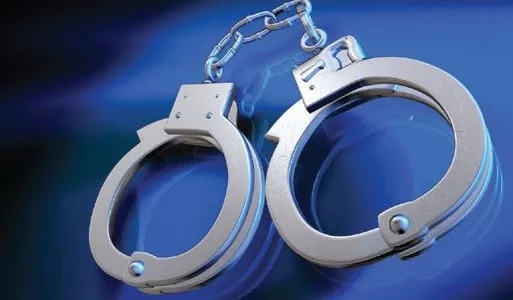 Srinagar, Aug 31 (KINS ) Police on Tuesday claimed to have busted a militant module by arresting four Over Ground Workers (OGWs) belonging to Lashkar-e-Taiba (LeT) along with 2 grenades in north Kashmir district of Baramulla.

A police spokesperson said that Police Station Kreeri received information about a blast like sound in village Shrakwara Kreeri in Baramulla at around 2100 on August 22, 2021. “Police along with troops of 52 Rashtriya Rifles and 176 battalion of CRPF rushed to the spot to ascertain the situation,” he said.

He said preliminary investigation revealed that a grenade was lobbed towards the police guard at the house of Sarpanch Narinder Kour which caused some minor damages to window panes and a vehicle. “A case vide FIR No. 90/2021 under relevant sections of law was registered at Police Station Kreeri and investigation initiated,” he said.

He said during the course of investigation, police taking advantage of modern gadgets, including examination of CCTV footage, learnt about the involvement of Mohammad Saleem Khan and Sajad Ahmed Mir, the attack. “The duo was immediately arrested,” he said.

During further course of investigation, he said both the accused persons confessed that they are working as militant associates for LeT on the behest of Pakistan based handler namely Ali Bhai (TRF). “It was also revealed that both the accused are drug addicts and were also in contact with the active militants of LeT — Hilal Sheikh and Usman (a foreigner) — and it was on their directions they had obtained grenades from Batamaloo in Srinagar,” he said.

He said two more militant associates, identified as Bilal Ahmad Sheikh and Naseer Ahmad Dar, who had also assisted the accused persons in the commission of attack, were also arrested. “Two hand grenades and 100 gms of Charas like substance have also been recovered from the possession of accused persons,” he said.

“Further investigation in the case and their links in other cases are also being investigated,” he added.

Anantnag: Halpora decry callous attitude of officials during ‘Back to Village’ programme.