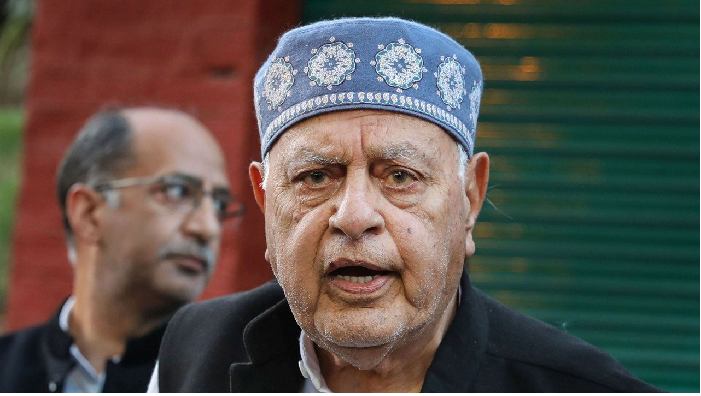 Srinagar, Aug 31 (KINS ) Laying emphasis on providing enough security to panchayat leaders in Jammu and Kashmir, National Conference president Farooq Abdullah on Tuesday said militancy still exists and the government should not live in “cuckoo world and think everything is hunky-dory”.

Abdullah, a former chief minister, made these remarks in the presence of Lok Sabha Speaker Om Birla and Jammu and Kashmir Lieutenant Governor Manoj Sinha at an official event here, organised as part of the parliamentary outreach programme for strengthening Panchayati Raj Institutions.

Abdullah requested the Lt governor to strengthen security of panchayat leaders who continue to face threat to their lives and said militancy still exists in the Kashmir Valley.

“These panchayat members are the targets of militants and they need to be protected. Don”t live in a cuckoo world and think everything is hunky-dory. We still face militancy and God knows what will happen in future,” he said in an apparent suggestion to the government.

Laying emphasis on the need to protect the country”s diversity, Abdullah said there is nothing similar between those who live in Srinagar and Chennai. “The binding factor is only the resolve that we come together to create this country. India is a diverse nation and it cannot prosper if we don”t protect its diversity.”

“India cannot be run on the basis of one religion. And there is more threat from the enemy within. We know about the enemy which is outside,” Abdullah said.

He further said there is nothing wrong with any religion and that no religion teaches us to hate people from different faiths.

Abdullah mentioned that panchayat elections were held under the governments led by him and his son Omar Abdullah.

Reacting to Abdullah, the Lt Governor said, “I want to assure (you) that appropriate arrangements have been made for the security of panchayat leaders. The administration is committed to provide them security and will extend them all possible help to fulfil their duty.”

Baramulla returns to normalcy after 3 days

LG speaks to Muzaffar Hussain Baig & his wife; enquires about their health