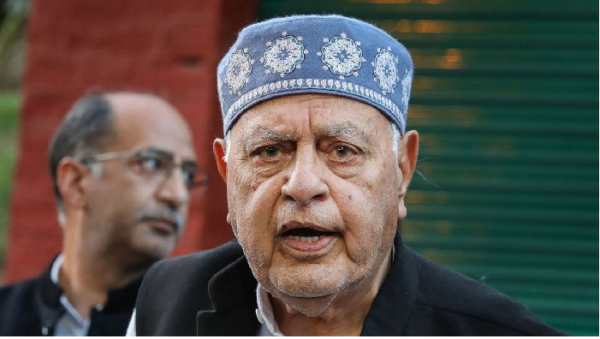 Srinagar, Aug 31 ( KINS ) : National Conference chief Farooq Abdullah on Tuesday (August 31) said that his party would win polls in Jammu and Kashmir if they are conducted in a fair manner.

“I am telling with full authority that we will sweep the elections and our party will be largest in coming elections,” Abdullah said at a function at Sher-e-Kashmir International Convention Centre.

Speaking at the parliamentary outreach programme for strengthening Parliamentary Raj Institutions (PRIs), Abdullah said he regretted not participating in the panchayat elections held in 2018.

National Conference also boycotted BDC polls which were held after the abrogation of Article 370.

The former chief minister alleged that officers in Kashmir aren’t attending to public grievances and not picking up calls.

“I’m telling them time is coming when there will be a government and they will be held answerable for such actions.”

On the recent development in Afghanistan with the Taliban taking over administration, Abdullah said he wasn’t sure which country would be impacted the most – the US or Russia or China.

He added that “all our neighbours are in distress be it Pakistan, China, Bhutan, Sri Lanka, Maldives or Russia”.

When asked if there is any change in Jammu and Kashmir after the abrogation of Article 370, he said, “You people can judge yourself if there is any betterment or not. If I say anything they will say I said it because I am in opposition.”

On recent attacks on panchayat members in the union territory including the killing of several BJP leaders, Abdullah said that it was the responsibility of the administration to provie security to those people.

Committee constituted for rent fixation in Srinagar
Rooms hired by students to have standard rent; time redressal of complaints