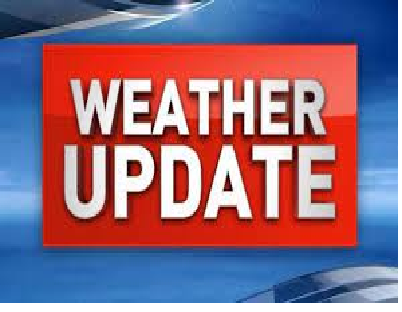 Srinagar, Aug 31 (KINS ) There was no change in the weather which remained pleasant as mercury was again below normal in the Kashmir valley on Tuesday.

There could be light rain or thundershowers over Kashmir and Jammu divisions during the next 24 hours, a Met department spokesman said this evening.

He said during the subsequent two days, isolated to light rain to mainly dry weather is predicted in the J&K.

He said the sky would remain mainly clear to partly cloudy and the maximum and minimum temperatures would be around 36 degree and 23 degree respectively during the next 24 hours, he said.

The sky would be mainly clear to partly cloudy and the maximum and minimum temperatures would be around 30 degree and 14 degree respectively during the next 24 hours in Srinagar, where Speaker Lok Sabha Om Birla inaugurated 4th parliamentary outreach programme for strengthening Parliamentary Raj Institutions (PRIs) .

Gulmarg, where Mr Birla will meet Panchayati Raj Institutions on Wednesday, the minimum temperature was 8.5 degree, 2.2 notches below normal after receiving 4.2 mm rainfall during the past 24 hours ending 1800 hrs this evening. The maximum temperature today was 17.2 degree which was 3 degree below normal, much to the delight of tourists who were seen wearing warm cloths, including sweaters and jackets.

Kupwara, a frontier district in north Kashmir, Qazigund and Kokernag in south the maximum and minimum temperatures were also below normal

No one called ex-JK CMs ‘anti-national’, decision on their release by UT admin: Amit Shah