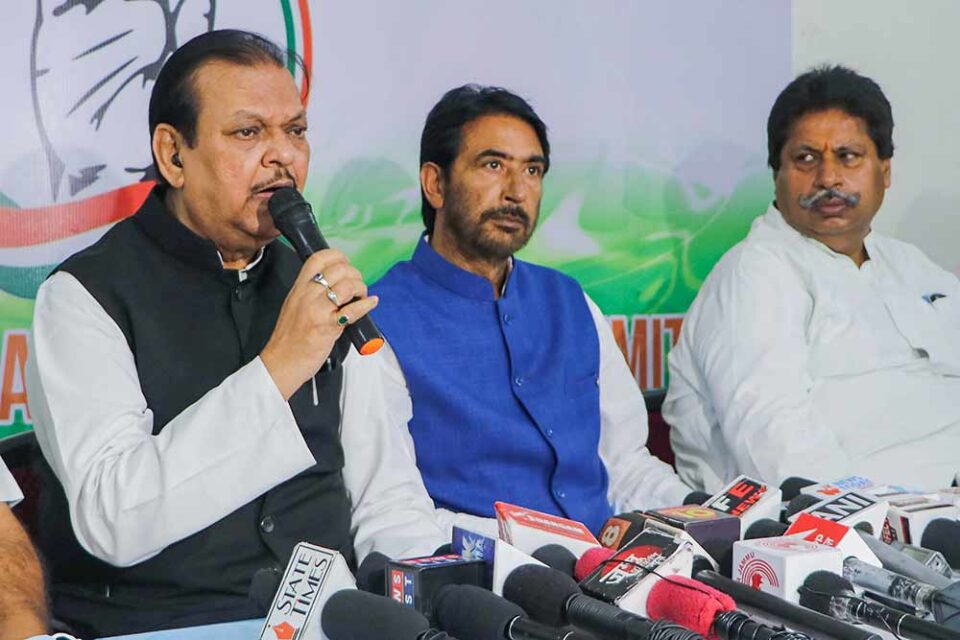 JAMMU, Sept 1 ( KINS ): Launching a scathing attack on the BJP-led Government for its national monetisation plan, former Union minister Subodh Kant Sahai on Wednesday said the Government, which failed to safeguard the national assets, have no right to remain in power.

The senior Congress leader said his party considers the government move as an “attack on the national assets and the future of the country” and is promise-bound to fight it alongside other opposition parties, trade union leaders and others.

Sahai, who was here as part of the party’s national campaign against the government’s new national monetization plan, alleged that the BJP-led government has put India on “clearance sale” to benefit a few of its “business friends”.

“They are selling the national assets built over the past seven decades by the Congress to a few capitalist friends. These assets are not going to come back after being leased out for 30 to 50 years and the next 10 governments will not get any benefit by this move,” he said.

He said the government’s claim that it would have the ownership rights over all these assets is an “eyewash”, he said, adding they are selling property worth over Rs 60 lakh core at Rs 6 lakh crore.

“Why cannot this government be dubbed as anti-national? Who has given them the right to sell the national assets?” the Congress leader asked, terming the BJP leaders as “magicians” who are “misleading the public by false statements”.

Listing various assets including highways, power, mine blocks, railways, airports and ports which the government has or planned to sell, the Congress leader said there is no accountability under this government.

“Modi has sought 60 months to bring good days to the country. It earned Rs 25 lakh crore by raising the fuel prices but nobody knows where the money has gone as there is no accountability,” he said.

He said the policies of the government had rendered the youth jobless and the much-publicised investment of Rs 100 lakh crore annually in 2019, 2020 and 2021 in infrastructure development has only remained on papers as “not a single penny was used”.

The policy of the previous Congress government was not to touch the public assets even if some of these were running in losses but this government has ruined even profit-making service providers like BSNL, MTNL and railways.

He said the BJP government’s “wrong policies” disturbed the basic structure of the country.

“They are doing it without taking into confidence the Parliament or having debates at different forums. Their policies resulted in fuel prices crossing the Rs 100 mark, price rise of essential commodities and unemployment,” he said.

He said the BJP leaders should know that the economy of a country is not run by “political statements”. (Agencies)

ACB Registers Case Against ARTO Kupwara And 3 Others; Cash Worth Rs.15 Lakh Seized

Sajid Naqash accorded warm send off on his transfer from DIPR

BJP to form next govt. in J&K with absolute majority: Ravinder Raina

Absconder arrested after 15 years in Kishtwar