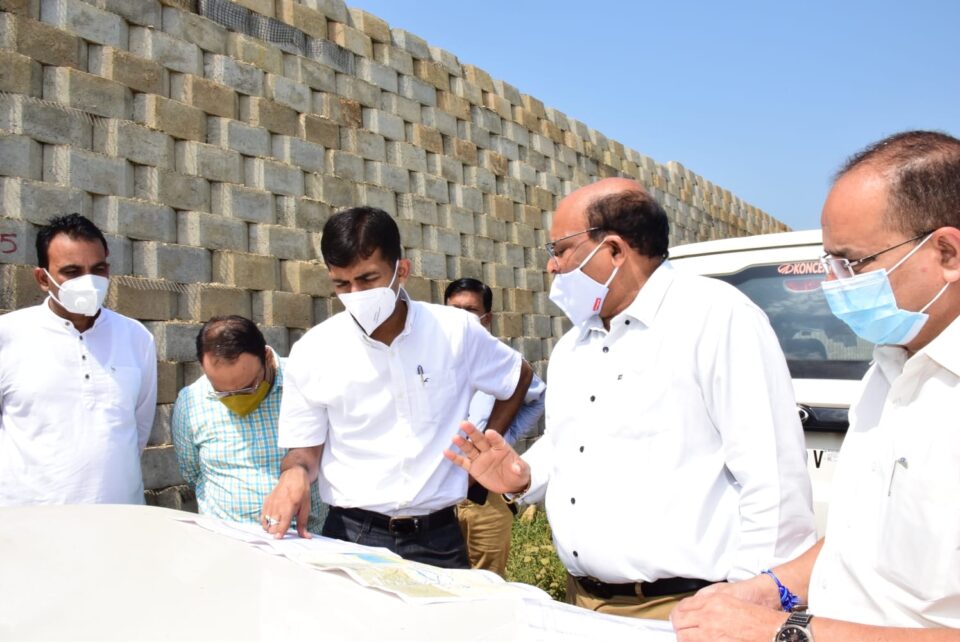 During the tour, the Deputy Commissioner visited various locations including like the starting point of the Ring Road and other locations and inquired about the progress of work there.

The NHAI officials briefed the Deputy Commissioner about the present status of work on prestigious road project and also informed about future work plan. It was informed that work is in progress on various phases of Ring Road Project.

The concerned official apprised the Deputy Commissioner that the work is at different stages of completion.

The Deputy Commissioner directed the NHAI officers to expedite the pace of work and emphasized on early completion of the road construction work so that it could be thrown open for general public at the earliest. He also gave targets for completing the various stretches of the Ring Road Project. He further asked the concerned officers to engage more men and machinery to speed up the work progress. He also instructed them to formulate weekly, monthly work completion plans.

International Webinar on Shakti Cults of Jammu Organized by SMVDU