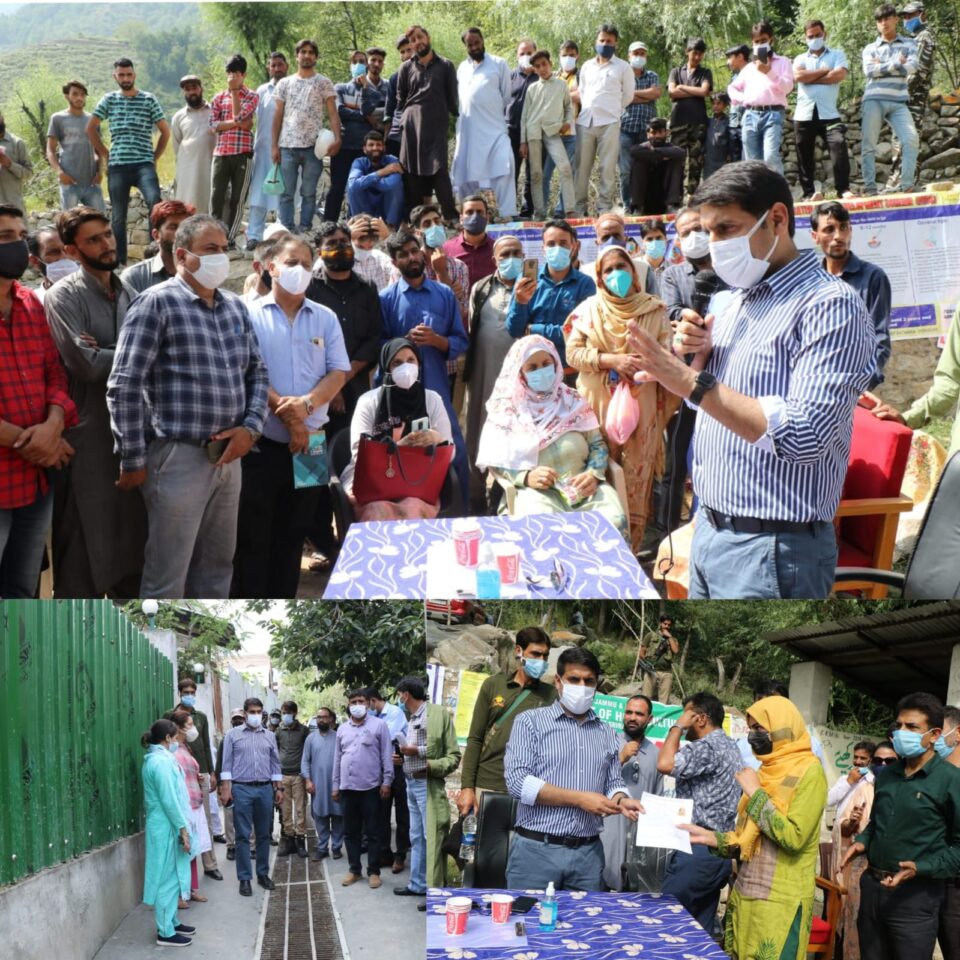 SRINAGAR, SEPTEMBER 01 ( KINS ) : To reach out to the common masses in the rural and far flung areas of the district and to address their grievances, the District Development Commissioner (DDC) Srinagar, Mohammad Aijaz Asad Wednesday undertook an extensive tour of various remote/ hilly areas of Srinagar district including Theed, Fakir Gujri, Harwan, Dara and other adjoining areas.

The tour was conducted to have a firsthand appraisal of public issues and demands at the door steps of people for on spot resolution.

The DC on the occasion inspected the progress of ongoing developmental works being executed by various departments in the district.

More than two dozen delegations besides scores of individuals met the DC and apprised him about the problems faced by them in day to day life. The delegations also included representatives of Panchayat Raj Institutions viz. DDC members, BDC chairperson, Sarpanchs and Panchs.

The DC gave patient hearing to the delegations and passed on-spot directions for redressal of their genuine grievances.

While interacting with the people, the DC said that all the developmental activities are being monitored and it is being ensured that the ongoing works are completed in time.

He exhorted the officers for prioritizing the demands of the public in these areas to ensure added opportunities of exploiting the potential of the area to the fullest for rural transformation.

While reviewing the progress of ongoing RDD works, the DC asked the officers to make best use of the flagship programs of Rural Development Department including MGNREGA and utilize MGNREGA funds for creating productive assets in the rural areas with special focus on rural connectivity besides generating employment opportunities for local population.

He said with the strengthening of Panchayat Raj Institutions, the people decide about the utilization of funds themselves in Gram Sabhas and government only does hand-holding of PRIs.

On the occasion, the people projected various demands through memorandums and charter of demands for various developmental works to be taken in the area including macadamization of roads, up gradation of schools, adequate supply of water and power in the area. They also demanded for providing an ambulance and X-ray plant in the PHC, Banking facility and setting up of Mobile Tower at Sangri,  establishing Ration Depot at habitations of Sangri and Chak,

The DC directed the Labour and Employment Department to organize an awareness camp so that local unemployed youth take benefit from government sponsored flagship programmes including MUMKIN.

Asad gave patient hearing to the demands of the people and passed on the spot instructions to the concerned departments for time bound resolution of all the issues.

During the tour, the DC also visited Common Facilitation Center at Harwan and other work sites to the resolve issues regarding it.