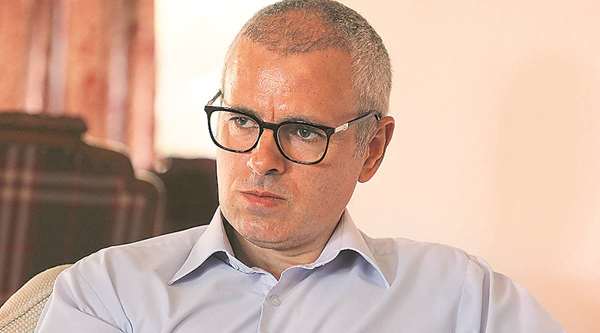 “This is a promise held out by the Prime Minister and the Home Minister, which should be kept”, Mr Omar Abdullah said while addressing the National Conference functionaries of the Jammu Province at Sher-e-Kashmir Bhavan here.

The former Chief Minister said that the National Conference will continue to fight for full statehood to Jammu and Kashmir and tagging the issue with ‘appropriate time’ is questionable, as it is the people who have to decide about it.

“The fact is that the people overwhelmingly want, rising above political affiliations, the status of Jammu and Kashmir as state back”, Mr Omar Abdullah said, adding that the statehood should not have been snatched in the first instance. He said the measure has annoyed the people to such an extent that even those in Ladakh too want restoration of permanent residence procedure as per the norms prevalent before August 2019.

The Vice President said that the National Conference firmly believes in the Constitution and the supremacy of the Supreme Court, which is seized of the issue regarding Article 370 and Article 34A.

“We will not backtrack from our stand on these vital issues”, he said, adding that the National Conference has all along stood for democracy and worked towards strengthening the nation.

Dwelling upon the working of the party, Mr Omar called upon the cadre to reach out to the people in a big way. He said strengthening of the National Conference at the grass roots level is imperative for meeting the challenges faced in Jammu and Kashmir.

The Vice President said that the National Conference reflects the urges and aspirations of all the segments of the people in all the regions and sub-regions.

“We have to collectively work towards realizing the urges of the people, which are distinct”, he said, hoping that the cadre will rededicate itself in revitalizing the party at all the levels.

The Provincial functionaries spoke on the occasion and discussed affairs of the party in detail.

Farooq Abdullah debunks BJP claim ‘all is well in J&K’

One killed, one injured in Ramban road mishap