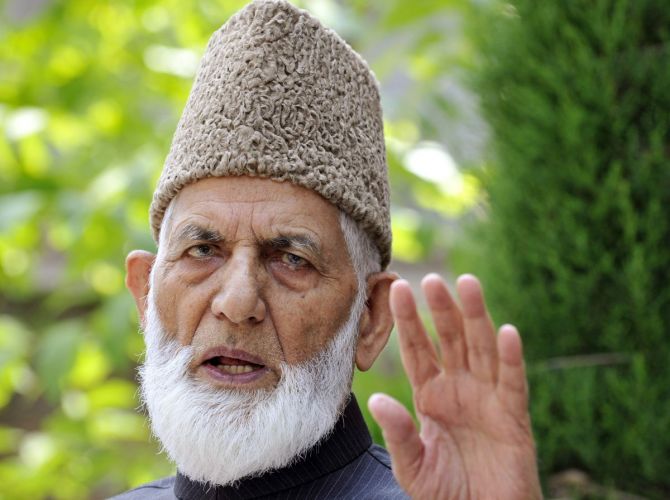 Srinagar, Sept 2 ( KINS) : Senior most separatist leader  Syed Ali Shah Geelani was buried here on the intervening night of Wednesday and Thursday in a quiet funeral organised by authorities, amid tight security and restrictions with mobile connectivity by and large snapped in Kashmir.

The 91-year-old was buried at a mosque near his residence according to his wishes, his close aides said.However, his son Naeem said that they wanted to bury him at the Idgah in downtown Srinagar.

Geelani, who spearheaded separatist politics for over three decades in Jammu and Kashmir, died after a prolonged illness on Wednesday night at his residence in Hyderpora on the outskirts of Srinagar city.

His family was asked to carry out the burial at night as a precautionary measure as intelligence reports suggested that some anti-national elements may use this to create a law and order situation in the Kashmir Valley.

Officials said that authorities took Geelani’s body and buried him according to rituals at the graveyard of the mosque under heavy police protection.

Geelani had expressed desire to be buried at the mosque at Hyderpora, his close aides said.

Strict restrictions were imposed throughout the Valley to prevent people from assembling and there was heavy deployment of security forces to thwart any untoward incident.

Mobile phone services, barring post-paid connections of state-run BSNL, and internet were shut down as a precautionary measure to prevent rumours and fake news from circulating.

Barricades had been erected at various places and all vehicles were being thoroughly checked.

E&TO seeks objections for renewal of the licenses