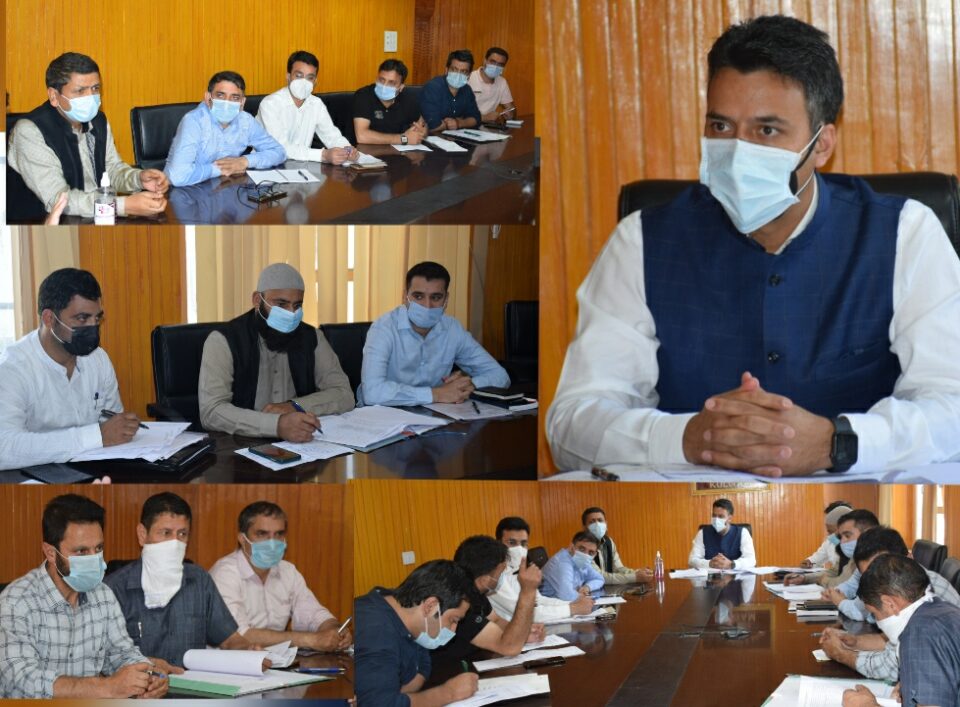 During the meeting, the chair was informed that out of 1763 works of RDD under District Capex 1362 were accorded and out of these 1362 works 885 works were tendered.

The DDC directed the ADDC to personally monitor all the allotted works. He also instructed to expedite the execution process of works keeping in view the limited working season.

The meeting was attended by ADDC, ADC, CPO, ACD, ACR, ACP and other officers.

Later, the DDC chaired a separate meeting of officers and reviewed the implementation status of the Forest Rights Act in the district.

During the meeting the chair was informed that till date 747 individual claims and 05 community claims were received.

The ACR and DFO were directed to verify the claims received under Forest Rights Act-2006.

DG Hospitality and Protocol given warm farewell on his retirement

Militancy weakened not wiped out from South Kashmir yet: IGP Kmr