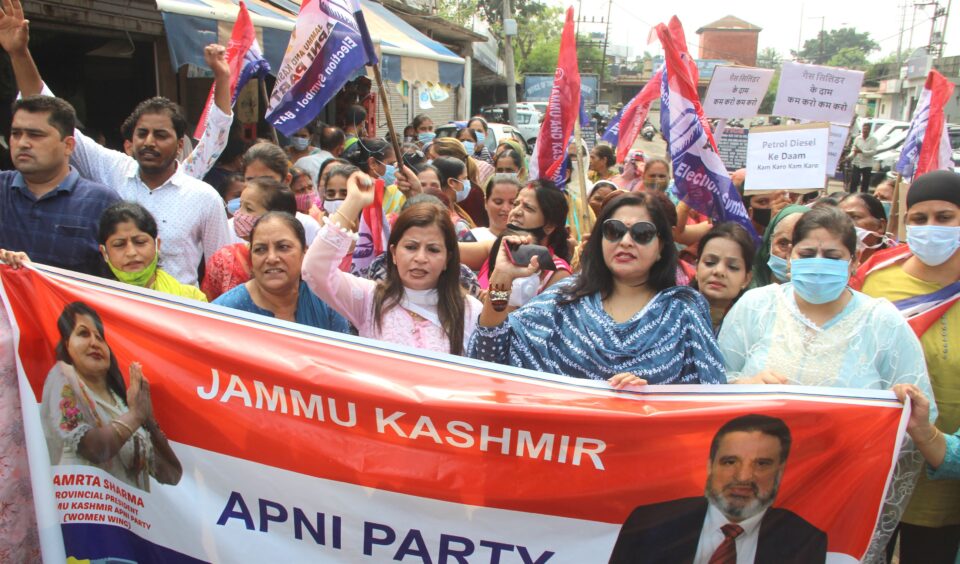 Sharma and several of her colleagues were taken into preventive custody when they tried to break the police cordon and take out a march in violation of prohibitory orders, officials said.

“We are on the streets to lodge a protest against the government for its failure to check the rising inflation and soaring fuel prices which has broken the backbone of the common man,” Sharma told reporters.

She said her party would continue its protest to press for necessary steps to control the rising prices of essentials, including vegetables, pulses, petrol, diesel, vegetable oil and cooking gas.

The protesters had first gathered outside the Press Club here. Later, when they tried to march towards the main road, they were stopped by police personnel and detained.