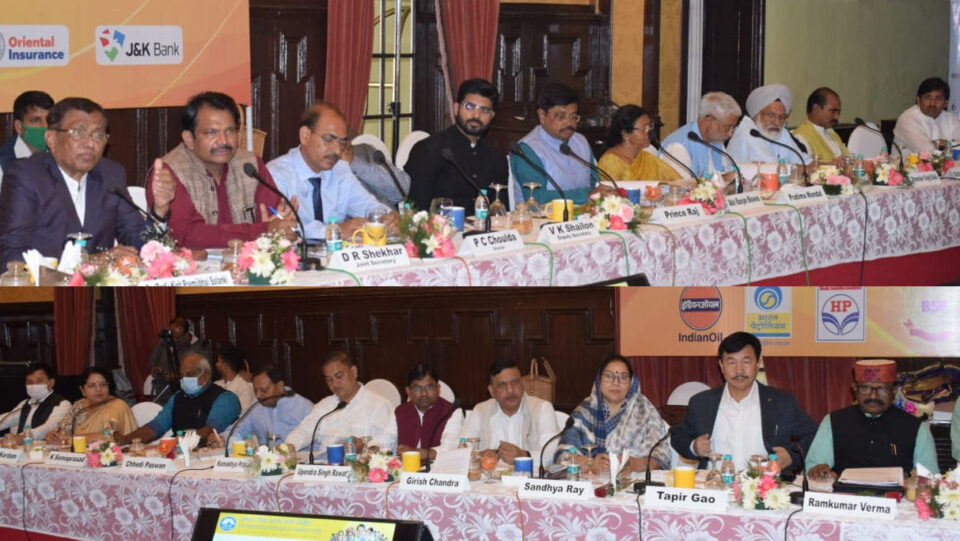 The committee members enquired about different welfare programmes under execution in these bodies for these classes of the society. It also asked from the management of these bodies about the reservation in recruitments and promotions for these Scheduled classes besides any backlog vacancies accrued therein.

Both the association members and their respective employers put forth their suggestions and measures taken by them. They also presented their performance viz a viz such categories of employees and share of posts held by them.

The Committee on the Welfare of Scheduled Castes and Scheduled Tribes consists of 30 members – 20 elected by Lok Sabha and 10 by Rajya Sabha from amongst their members. Out of these currently 22 are on the visit to UT of J&K to take appraisal of the working conditions, welfare measures, job reservation in recruitments and other performances from different govt and semi-government organizations.

The mandate of the committee is to examine the measures taken by the union government to secure due representation of the SCs and STs in services and posts under its control. These includes appointments in the Public Sector Undertakings, Nationalised Banks, Statutory and Semi-Government Bodies and in the Union Territories having regard to the provisions of article 335 of the Indian Constitution.

The committee also reports on the working of the welfare programmes for the SCs and STs in the Union Territories. It has so far presented to Parliament as many as 230 Original Reports and 221Action Taken Reports since its inception in 1968till 15 March, 2019.

After merging with AGMUT, major reshuffle of top bureaucrats on cards in J&K
‘Several IAS, IPS officers on central deputation may return to home cadre’

Snowfall in Kashmir continues, Gulmarg freezes at minus 9