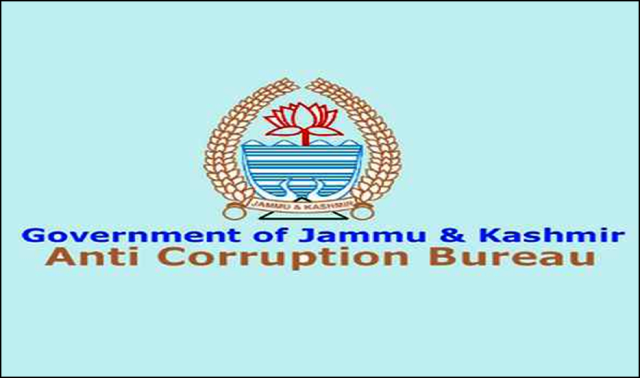 SRINAGAR, Sept 7 ( KINS ) : Anti Corruption Bureau received a complaint alleging therein that the complainant had completed the maintenance work under sadbhavana project. The file regarding release of payment for the work done was pending with Hira Lal Dhar, Senior Account Officer/Deputy IFA in office of Integrated Financial Advisor (IFA), Batwara, Defence Account Department, Srinagar. The said Officer was demanding Rs. 5000/- as bribe for passing the file/release of payment due to complainant through his Multi Tasking Staff (MTS) officer namely Riyaz Ahmad.

A trap team was constituted. The trap team laid a successful trap and during the process caught the accused Riyaz Ahmad Wani while demanding and accepting bribe amount of Rs. 5000/- from the complainant. The amount of bribe was also recovered on the spot in presence of independent witness. The accused Riyaz Ahmad Wani was arrested on spot and from personal search an amount of Rs. 1,01,425/- was also recovered. Later Hira Lal Dhar, Deputy IFA was also taken in custody.Further investigation in the case is going on.