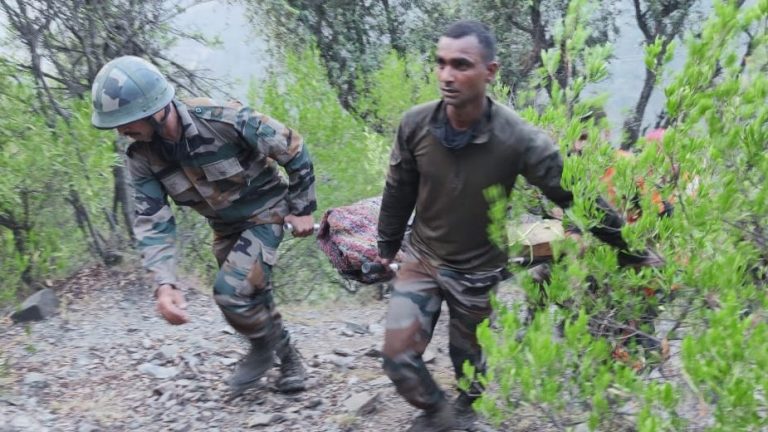 Jammu, Sep 7 ( KINS ) : One person was killed and two suffered injuries when a truck trailer collided with a canter on Jammu-Srinagar national highway in Ramban district on Tuesday morning.

Senior Superintendent of Police, Ramban, P D Nitya said that at about 0515 hours, an information was recieved that one Truck Tralla driven by one Raju Ram 30, resident of Barmer Rajasthan, on its way from Jammu to Srinagar, when reached near Monkey Morh hit one canter truck.

Both the trucks after collision rolled down about 250 to 300 metres from the national highway.

The canter driver identified as Anuj Kumar Tripathi 35, resident of Kalyanpur Kanpur, UP died on the spot.

A helper with the Canter namely Om Narayan,40, of Kartholi UP and driver of Tralla namely Raju Ram 30, suffered injuries.

The SSP said that police along with Quick Response Teams rushed to the spot and retrieved the body while injured were shifted to the District Hospital, Ramban.

Police have registered a case in this connection.

Granting full autonomy to J&K only way to put its relationship with Centre back on track: Tarigami

BSF Officer Succumbs After Being Shot Earlier In Samba

Militant held with arms and ammunition in Kishtwar