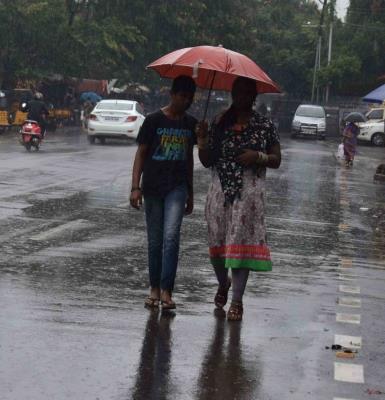 However, MeT has also issued a warning and forecast a fresh spell of rain in the next few days. Rain water gushed inside the houses in many low lying areas of Jammu city.

A weatherman said that currently, it’s raining at many places in Jammu and at scattered places in Kashmir.

“This spell of rain is most likely to decrease gradually from the next half and hour and stop thereafter,” he said.

He added that in the next four days, intermittent light to moderate rain is likely especially in morning and evening during the next two days and mainly dry thereafter.

“There is no forecast of any major rainfall for the next 10 days,” he said. The rain however, has also brought respite prevailing from humid conditions.