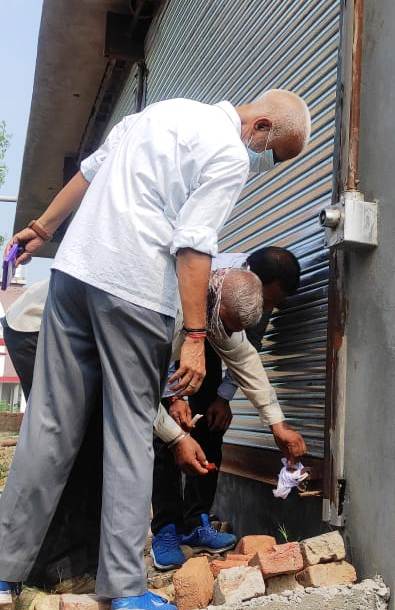 The drive was conducted in coordination with Police Department and District administration Jammu.

The illegal construction sealed by the Authority included three commercial structures. The concerned Tehsildar JDA and Enforcement Wing conducted the drive under the overall supervision of Vice Chairman JDA. The JDA acting firmly against the violators conducted the drive successfully and urged people to get their maps approved and permissions issued in their favour before undertaking any construction. A clear message was also given by the Authority that such drives will continue in future against the violators.