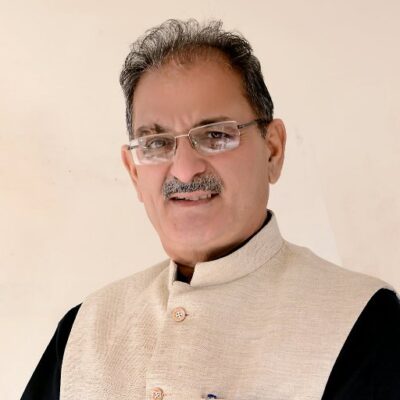 Jammu , Sept 8 ( KINS )  : Senior BJP leader and former Deputy Chief Minister Kavinder Gupta on Wednesday said that the central dispensation led by PM Narendra Modi is treading gradually to undo all the mistakes committed by successive governments in the last 70 years in J&K.

In a statement issued to media here, Kavinder said that BJP Government has already took revolutionary steps in J&K like abrogation of Article 370 and making J&K a UT thus neutralizing the effect of entities which under the guise of mainstream politics wanted to destabilize the country by supporting separatism and violence tacitly and in a veiled manner.

Kavinder said that work is in progress in J&K and soon the pristine glory of the Paradise on the Earth will be restored and the region will again become the first choice of tourists and travelers from across the world. He said that the biggest achievement for which the government is toiling hard these days is the safe and dignified return of Kashmiri Pandits to their homeland Kashmir. He said that already much has been done in this direction as yesterday LG Manoj Sinha launched an online portal for resolving the issues of Kashmiri migrants’ property in the Valley.

The senior BJP leader said that grievance redressal under this scheme will be time bound and it is expected that the cases will be disposed of efficiently. He said that this landmark feat of the BJP Government is just the start as sooner than later the next step of ensuring return of KPs to their motherland with safety being the top priority is also on cards.

Kavinder hit out at the then government which did nothing to stop the situation from escalating as in 1990s Kashmiri Pandits were forced to become refugees in their own country and the governments both at the centre and in erstwhile State of J&K looked at things as mute spectators. He said that PM Modi has a strong resolve towards KPs resettlement in the Valley and no power on earth can stop this from happening. He said already BJP Government has taught a lesson of life to Pakistan by air strikes and surgical strikes but if the rogue nation will not mend its ways, there is every chance that once again it will be given a befitting reply so that it will never dare to interfere in the internal matters of India especially with regard to Kashmir.

Delimitation will be based on 2011 census, final draft to be prepared after taking recommendations into account