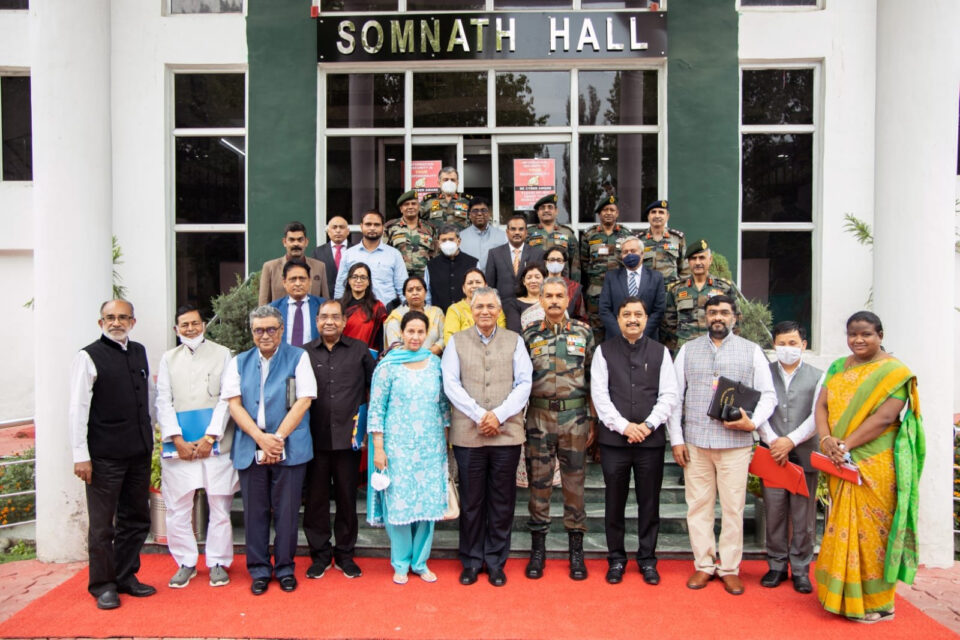 “The GOC briefed them on the situation on the Line of Control and in the hinterland. They were also briefed on the steps being taken to break the cycle of violence and bring peace and stability in Kashmir,” the spokesman said, adding, “Chinar Corps efforts towards Citizen-Army connect were also highlighted.” The “MEA representative”, he said, were also briefed the members on counter militancy efforts of the MEA.

The Committee members were later shown modern equipment currently being effectively used by the Indian army, he said.“Parliamentary Committee of External Affairs appreciated the efforts of the Security Forces and expressed satisfaction at the improved security situation in Kashmir,” he said, adding, “The Committee members expressed that there is a need for greater efforts at MHA, MEA and MoD level, to counter false propaganda of the adversaries and share the ground truth at all forums.” (Agencies)

Taliban will have to follow true Sharia that guarantees rights of all: Mehbooba