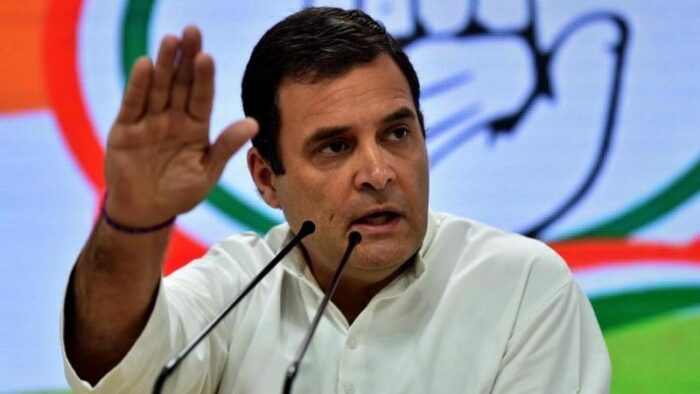 He said that Mr Gandhi on his arrival, will visit Katra to pay obeisance at Shri Mata Vaishno Devi Cave Shrine.

Mr Gandhi will be on a two day visit to Jammu on September 9-10. “Mr Gandhi shall arrive here on September 9 and straightway visit to Mata Vaishno Devi Bhawan to pay obeisance at the holy shrine,” he said adding that on September 10, he shall interact with the party leaders and workers in Jammu and leave for the national capital in the afternoon.

“The party is preparing to give a warm welcome to Mr Gandhi en route to Katra from right from the airport at different places,” the spokesman said, adding that Ms Patil also chaired a high level meeting with PCC President G A Mir and other senior leaders to discuss the arrangements made.

She was briefed about the detail of arrangements and the schedule of events to be covered during the visit, he added.

“Mr Gandhi shall undertake a journey to Bhawan on foot after he lands in Jammu and and leave by road to Katra,” he said adding that he is likely to join the evening prayers at the Cave Shrine.

Commencing of Back to Village programme, perfect way to honour Father of the Nation: Lt Governor

Marathon Run under ‘Run4India’ Flagged off in Bla