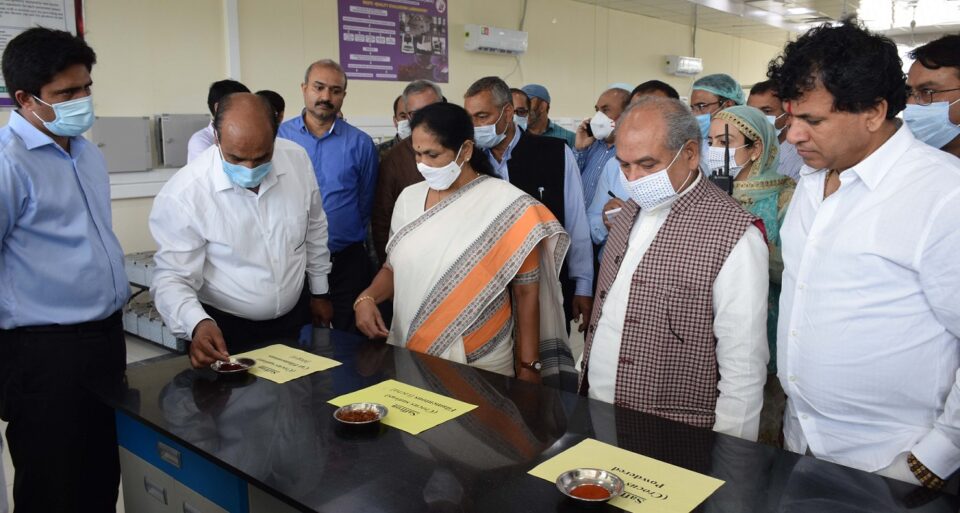 In addition to the Stigma Separation Center, they also inspected the Drawing, grading, packing and E-Auction Centers at the park.

Union Minister for Agriculture  Narendra Singh Tomar said that the Central Government is ready to provide all possible help and support to the farmers. With the existence of Spice Park the income out of saffron production of growers has doubled. Center will provide all kind of facilities and assistance to the farmers that will make the lives of our farmers prosperous, he added.

During the programme the delegation of ministers also spoke to the farmers, during which the farmers presented their grievances and issues before the visiting dignitaries.  The farmers were assured that the government will take up the issues on priority to resolve the legitimate demands of the farmers.

Eid prayer at Eidgah at 10 am, at Jamia if rain