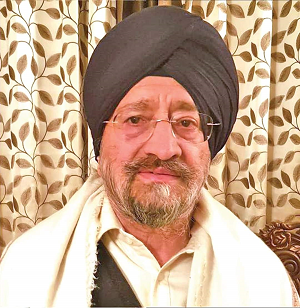 Delhi police local team and the crime branch special cell are investigating the case. Many teams have been formed to unravel it.

While two teams have been sent to Jammu, one team to Amritsar, other teams are in Delhi to probe the case.

A board has also been formed which will conduct the post mortem of Wazir’s body.

As per the police, the flat in Moti Nagar where the murder took place was taken on rent in January and the landlord was told that it would be vacated by the 10th of September.

Police investigation revealed that the murder was planned in July but could not be executed then.

According to the police, the motive of the murder will only become clear when both suspects are arrested.

Police also stated that the mobile phones of both the suspects were active till Wednesday evening, which came to light from the Call Detail Record (CDR) but since then there is no information.

According to police sources, Harpreet Singh, who is absconding in this murder case, had called a close friend and told him that two people had murdered Wazir in the Ramesh Nagar area.

Poice said that the person whom Harpreet talked with over the phone informed Wazir’s brother, who is a retired police officer of Jammu and Kashmir, and he informed the police.

Following this, the police immediately launched search operations for Harpreet Singh and Harmeet. Harmeet Singh, a suspect in the case, lived near Wazir’s house in Jammu.

According to the police, it was revealed during the investigation that Wazir was going to Canada following the news of the birth of his granddaughter.

The police stated that Harpreet Singh knew that Wazir had to go to Canada to meet his son and newly-born granddaughter.

Harpreet met Wazir and introduced himself as a journalist and told him that he runs a newspaper and website which has a wide readership. He also offered to interview Wazir and publish his stories, stated the police.

As per the police, Harpreet met Wazir when he came to Delhi from Jammu. He told Wazir that he could stay at his flat till he boarded his flight to Canada. The police stated that Harpreet also offered to drop Wazir at the airport. Also, before boarding a flight from Delhi, Wazir had made a video call to his wife, during which Harpreet was present with Wazir.

On Thursday, the Delhi Police registered a case of murder in connection with the death of Jammu and Kashmir MLC, transporter and Jammu and Kashmir National Conference leader Trilochan Singh Wazir whose decomposed body was found from a flat in Delhi’s Basai Darapur

Statehood should be restored soon to J-K as it is our identity: Altaf Bukhari