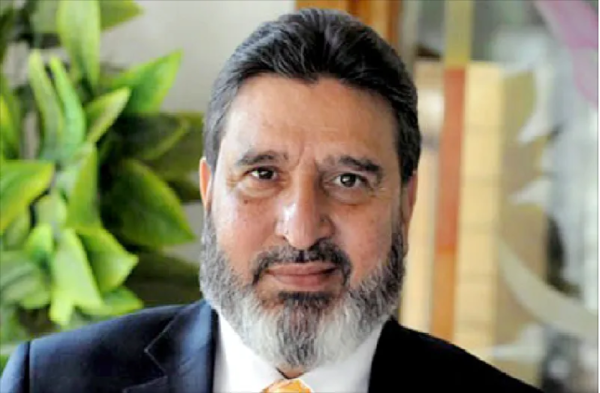 Srinagar, Sep 10 (KINS ) Apni Party president Altaf Bukhari on Friday said statehood was the identity of the people of Jammu and Kashmir that should be restored soon.

“We want statehood to be restored soon as it is our identity. However, it is also important that the elections should also take place soon. There should not be sloganeering only that the polls are going to take place. People at the grassroots are facing difficulties and it is our duty to provide them grassroots democracy,” Bukhari told reporters here.

The Apni Party chief lashed out at the Peoples Alliance for Gupkar Declaration (PAGD) – an amalgam of six mainstream parties including the NC and PDP – seeking the restoration of J-K”s special status that was revoked by the Centre in August 2019.

“We appeal to the people to support us. Our party is based on honesty. We do not change colours like chameleons who presented themselves as PAGD in front of the people and said they have nothing to do with elections, but are now shouting from tree tops that they will contest the elections, get a majority and form the government.

“Perhaps they do not know that it is the people who form the government and I am sure people have recognised the chameleons who have different colours at different times,” he said.

Bukhari said his party believes that Articles 370 and 35-A are people”s basic rights and expressed hope that the Supreme Court – which is hearing the petitions against the Centre”s decision – will restore it.

“They (PAGD) are fooling the people saying that they will participate in the elections as well as fight for the restoration of Article 370. Let them show their roadmap on how to bring back Article 370. Our roadmap is clear that Articles 370 and 35-A are our basic rights and God willing, the Supreme Court will restore it,” he said. P