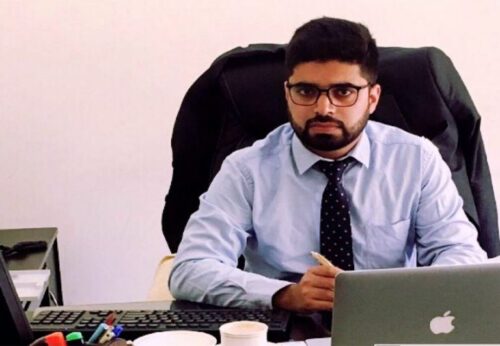 SRINAGAR, Sept 11 ( KINS ) : An ICAS officer of 2014 batch, Shakeel Maqbool has been cleared by MHA for rendering his services in the UT Govt of J&K on deputation for a period of three years.

Shakeel has rendered a meritorious service for nearly 7 years in the Government of India. He has earlier served in various capacities in the CBDT, CBEC and Department of Expenditure, Ministry of Finance.

He has been credited for playing a central role in the roll out of Public Financial Manangement system (PFMS)in J&K, Ladakh, Himachal Pradesh and other states that he has held charge of.

The PFMS system has lead to increased efficiency and transparency in implementation of Central schemes enabling huge savings to public exchequer. Currently he is posted as Director, PFMS for J&K, Himachal and Chandigarh.

Hailing from Chadoora Budgam, Shakeel Maqbool has a degree in Computer Science from NIT Srinagar and has also served as Lecturer (Department of Technical Education) in the Government of J&K before qualifying for UPSC Civil Services Exam in 2013 in which he was allocated Indian Civil Accounts Service.

Besides the officers from Central officers, All India Service Officers from other state cadres have also also been cleared for deputation to the UT Government of J&K.

MMU urges people to offer only obligatory prayers in mosques