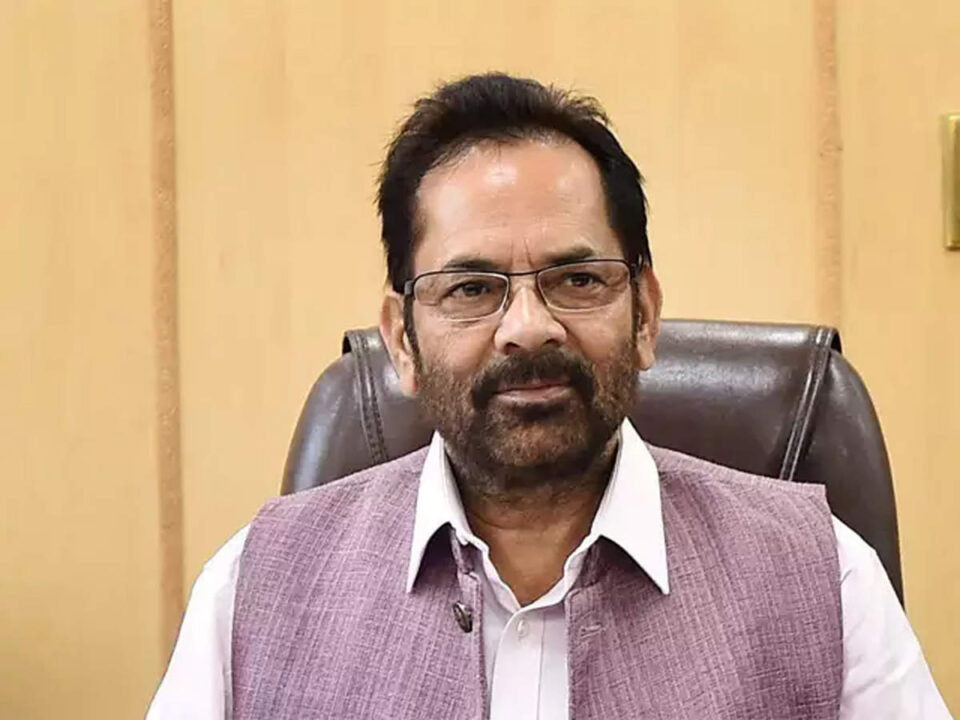 “Kashmir is known as the ‘heaven on the Earth’, they (Congress party) should apologise to the Kashmiri people for ignoring the development just because of their political game but instead of that, they are selling fake dreams,” said Mr Naqvi.

This comes after Congress leader Rahul Gandhi who was in Jammu alleged that Rashtriya Swayamsevak Sangh (RSS) and BJP are ruining the love and brotherhood that exists amongst the people.

Commenting on Rahul Gandhi’s visit to Jammu and Kashmir, the Union Minister said “The party that had opposed the development of Jammu and Kashmir are now selling a new dream that they will make a comeback in the state.”

Without mentioning Rahul Gandhi’s name, Mr Naqvi attacked him for obstructing the work of development in the Union Territory and luring people using the Gandhi legacy.

“The party should understand that the state is recovering and developing and again you are going to the state to put hurdles and trying to lure them back with using the name of your family is an old formula that is now expired,” he said.

Congress leader Rahul Gandhi is on a visit to Jammu and Kashmir. On his visit, he went to the Vaishno Devi temple. Earlier, on Friday, Rahul Gandhi addressed the party office bearers meeting where senior party leaders including Ghulam Nabi Azad and others were present.

Rahul Gandhi while addressing the party office bearers sammelan where senior party leaders, including Ghulam Nabi Azad in Trikuta Nagar, Jammu today said, “The feeling of love, brotherhood that exists amongst you all is being ruined by the people of BJP, RSS. They are trying to break the composite culture of Jammu and Kashmir. This is making you all weak. You can yourself see that the UT’s economy, tourism, business is badly hurt.”

Explaining that Goddess Durga symbolises the power that protects, Goddess Laxmi signifies the power to achieve one’s aims and Goddess Saraswati is the power of knowledge, the Congress leader alleged that the economic policies of the BJP-led Central government including the introduction of demonetisation and GST decreased the power of Goddess Laxmi in the country.

He also claimed that the new Central farm laws decreased the power of Goddess Durga, further alleging that farmers “suffered” and have been “hurt” because of these laws which have been “imposed” on them.