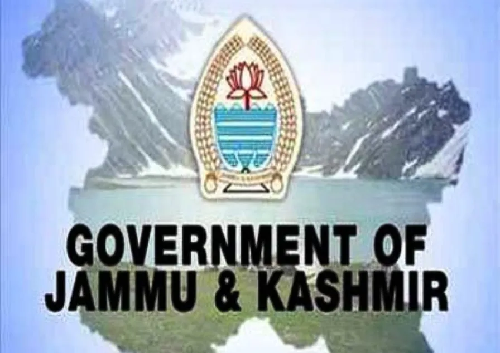 An order issued by the Secretary SWD Sheetal Nanda said these engagements were made without sanction of any post, budget and funds to pay their remuneration.

The government had already written to Mission Directors regarding disengaging 918 helpers to supervisors she said.

She further saidI am directed to convey the decisions taken in the meeting held under the Chairmanship of Advisor (F) on 27-08-2021, where under among others it was decided that 918 helpers to supervisors who have been engaged un-authorizedly by field functionaries of ICDS, J&K from time to time without any sanctioned posts need to be immediately disengaged, reads the order by additional secretary to mission directors on August 27.

Consequently, you are as such advised to immediately disengage 918 Helpers to Supervisors, with effect from Septembeer Ist, 2021 as they have been engaged beyond any competence by various Officers/Officials from time to time.

The order further stated that clear instructions have been already conveyed by the Advisor (Finance) and the Administrative Secretary in the meeting be reiterated to field agencies thatif any officer/official continues their services beyond 31.08.2021, he/she shall be personally responsible for payment of their dues and necessary disciplinary action shall be initiated against such officer/official.

Tarigami, former MLA, said the decision of Jammu and Kashmir administration to disengage 918 helpers and supervisors in in ICDS Scheme of SWD is unfortunate as instead of providing employment, it is even snatching the livelihood of those who have been serving the government for years together.

In a statement on Saturday he said these helpers were earning their bread and butter by working hard in the department and making the government schemes successful. They have been at the forefront of the government’s fight against Covid-19 pandemic for the last one and half years and there is no genuine reason to disengage them.

At a time when unemployment levels are rising in Jammu and Kashmir as educated youth struggle with neglect and lack of job-creation policy, such a decision to render those jobless, who were already in employment, can prove disastrous.

The BJP government had claimed that Article 370 was an impediment to J&K’s development and its abrogation will bring investment, jobs and prosperity to the region. The reality is different on ground from what was being said by the government. After the August 2019 clampdown, the economy of J&K has virtually collapsed as tourism, trade and other vital sectors have been badly hit and whole businesses have shattered.

Those who were already earning their livelihood are being deprived of it. Thousands of casual labourers, need-based daily-wagers, scheme workers and others were without wages for months together.

I urge J&K Lt Governor Manoj Sinha and Chief Secretary Dr Arun Mehta to look into the disengagement issue of these helpers with sympathetic consideration and ask the concerned department not to go ahead with it, Mr Tarigami said.

Future belongs to students, teachers who can realize their full potential: LG