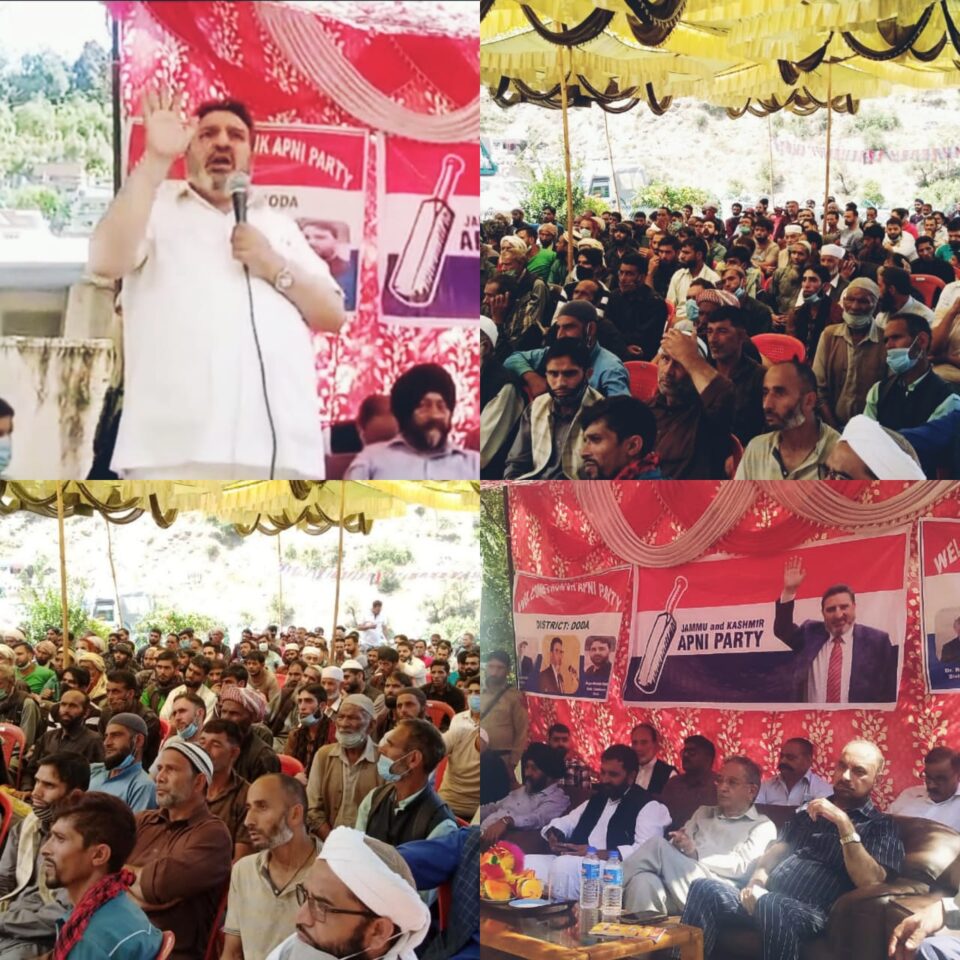 SRINAGAR, September 14: Apni Party President Syed Mohammad Altaf Bukhari on Tuesday regretted the awful role of J&K’s traditional political parties in effecting a huge disconnect between the people and the institutions of governance.

Addressing a Party convention at Thathri in district Doda, Bukhari said that for the last over 70 years the people of Jammu and Kashmir especially the youth have been duped by the deceitful politics which needs to be done away with.

“It is extremely unfortunate that the political parties in J&K have been raising passions among the people just to fulfill their electoral motives. And this type of politics has hugely shadowed the socio-economic and political stability in the region,” he remarked.

Bukhari said that the compromises made by the J&K’s political parties not only cost its people dearly but also ignited a vicious cycle of violence and insecurity for them.

“Such dirty politics has not only resulted in the loss of precious lives but it has inflicted huge economic losses that have proven detrimental to the development and progress in Jammu and Kashmir,” Apni Party President observed.

Pledging to continue with his efforts to strengthen a truthful political atmosphere, Bukhari said that Apni Party has emerged as a credible political voice of Jammu and Kashmir that has been established on the edifice of transparency, probity and pragmatic politics.

“Apni Party started a new era of politics in J&K’s history by introducing a practical political approach. It ensured zero compromise on the people’s rights and interests. This party continues with its unwavering political stand, not changing its stance like political chameleons who speak different languages at different places for their own vested interests,” Bukhari said while appealing the people of Doda to give a chance to Apni Party and tests its deliverance on the ground.

On this occasion, Party senior Vice president Ghulam Hassan Mir observed that Doda as a whole, especially Thathri town has an immense potential in the Tourism sector. This land is endowed with rich natural resources that, if explored, can change the economic landscape in the region, he added.

“Apni Party has promised a holistic socio-economic development of all the regions and sub-regions in Jammu and Kashmir. As announced by our President, Apni Party will deliver 300 electric units free to every household in J&K if it comes to power,” Mir reiterated.

In times of Covid-19 scare, vendors in Kashmir allegedly resort to open-loot