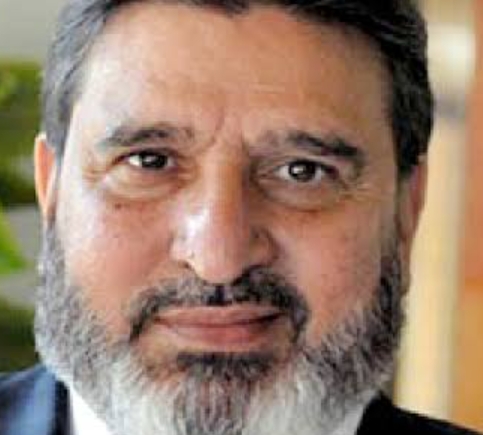 Expresses solidarity with the bereaved family

SRINAGAR, Sep 14(KINS): Apni Party President Syed Mohammad Altaf Bukhari on Tuesday demanded a speedy investigation into the mysterious death of a 20-year-old student from Budgam whose body was found on the terrace of a college hostel in Punjab.

In a statement issued to news agency KINS, Bukhari expressed deep shock and grief over the inexplicable death of a young Kashmiri student and extended solidarity with the bereaved family. He urged the competent authorities in J&K and Punjab to initiate a probe into this matter so that the underlying facts and circumstances which led to the death of the student are revealed.

Furthermore, the party leadership including senior vice president Ghulam Hassan Mir, state coordinator and district president Budgam Muntazir Mohi-u-Din and party media advisor Farooq Andrabi prayed for the eternal peace to the departed soul and expressed their profound sympathies with the bereaved family in this time of grief.

“We pray for courage to the family of the deceased in order to bear this irretrievable loss and also urge the government to deliver ex-gratia to them at an earliest,” Apni Party leadership said in their condolence message.