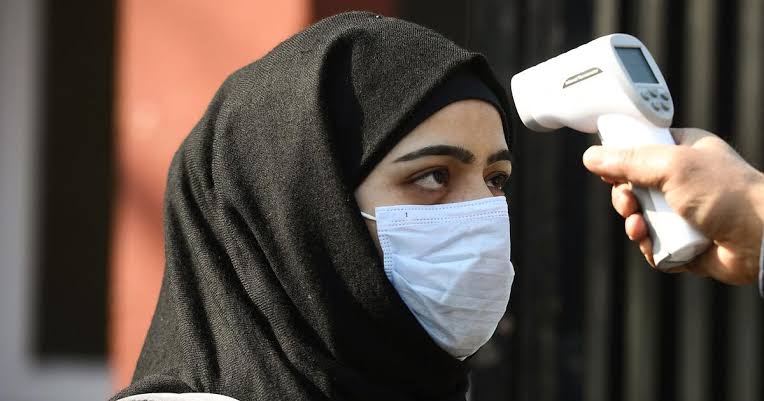 “There is a spike in the Covid positive cases in the district Srinagar from last few weeks, but unfortunately there has been a complacent approach from some sections of the people who do not adhere to the Covid protocols,” said one of the officials here in Srinagar.

He said that the order is already in place that the social distancing and wearing masks are mandatory in all public places; however, there is no adherence of these orders.

A social and preventive medicine expert who is data analysis in charge in divisional control room Dr Rouf Hussain Rather had said that people are not adhering COVID norms.

“It is for sure that the third wave will come. But we can’t say when it will come and what severity,” Dr Rouf had told news agency KINS.

However he had said that the impact of the third wave could be avoided if people take several measures.

“The biggest tool at present we have is vaccination. People should not hesitate in taking the vaccination. It does not impact one’s fertility. It is safe to take the vaccine. Then we have to wear face masks, avoid gatherings and frequent hand washing which will be helpful in avoiding the third wave. In the first two waves, immunity has also been boosted which will also be helpful. All these factors can help in mitigating the effect of the wave,” he had said.

Meanwhile the citizens who follow the covid protocols said that this is pathetic to see such a large number of people are not following the directions. “I came out to purchase medicines for my ailing father but no social distance norms are being followed,” Mohmmad Aslam, a resident of Jawharnagar told KINS.

Customers were seen moving from one shop to another without following the social distancing norms on Tuesday.

Most of the shops were over-crowded here in Srinagar.

“This is scary to walk through markets.” said Saba Jan, a resident of Srinagar.

“People are thronging markets without following norms which is a matter of grave concern,” said a shopkeeper at Jahagit Chowk.

He said it was important to underline the importance of strictly following the COVID protocols.

Some shopkeepers have arranged sanitisers so that customers would disinfect their hands before purchasing.

People also could be seen on the streets or on Boulevard along the banks of Dal Lake without wearing masks or maintaining social distance.

This is despite authorities having announced that wearing masks was mandatory in all public places.

People here said that the government should take strict measures to ensure people wear masks. “If wearing a mask has been made mandatory they are why law enforcing agencies are not implementing these guidelines. Why don’t they fine those who are not following COVID guidelines,”.

One of the officials here in the divisional administration said that the government has taken several measures to mitigate the impact of the third wave.

“Vaccination process has been increased. Generation of oxygen in hospitals has increased. Earlier we would generate 5000 litres of oxygen and now it has gone to 30,000 and it is continuously increasing. New hospitals are being set up. All these measures will also help.”

He said over 30 lakh people in Kashmir have taken their first dose of vaccination. “People should go for vaccination. We can’t say when the third wave will come. But in Srinagar the positive cases are continuously increasing. There could be various factors like mixing of people, religious processions taken out and gardens thrown open. The increase in positive cases could also be an indication of a third wave,” he added. (KINS)

Internet, connectivity issues in J&K will be eased further in coming months: Advisor to Lt Governor