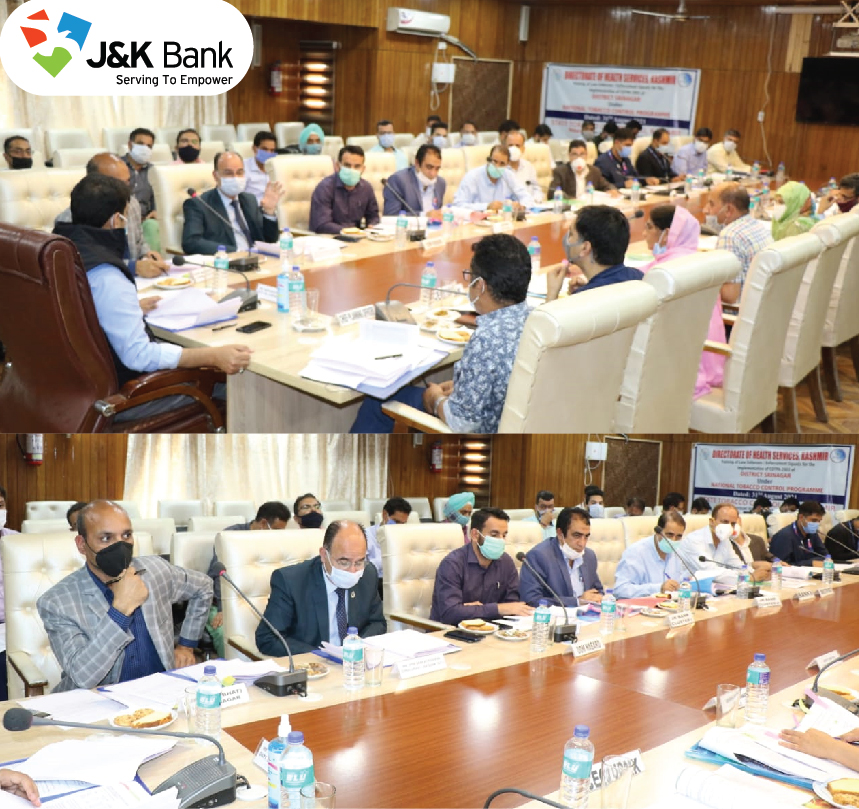 While briefing the committee about the performance highlights of the district for the period under review, LDM informed that Banks operating in district have provided total credit of Rs 1186.72 Cr in favor of 38902 beneficiaries under Priority and Non-priority Sectors, registering an achievement of 18 percent in financial terms during the period under review against the annual targets.

He said that the Credit-Deposit Ratio of banks in the district stood at 52 percent, with overall business growth of 7 percent.

Speaking on the occasion, Chairman DLRCC expressed his satisfaction over the performance of J&K Bank in the district. He impressed upon the Banks operating in the district to improve their CD ratios besides advising the participants to increase public awareness about various employment generation schemes.

He emphasized on coordination between banks and concerned departments to ensure smooth implementation of sponsored schemes and achievement of set targets.

Notably, under the PM Mudra Yojana scheme, the banks have disbursed Rs 173.14 Cr amongst 5920 beneficiaries.

Among all Banks, J&K Bank remains the major contributor with 90 percent of share in credit disbursement. Under PM SVANidhi scheme, 4506 cases of street vendors have been disbursed so far in the district which includes 4288 street vendors being facilitated by J&K Bank.

For promoting employment generation and encouraging unemployed youth towards self-reliance, Banks in the district also sanctioned 633 cases under the PMEGP scheme during the reviewed period.

2 CRPF jawans among 4 injured in grenade attack in Baramulla