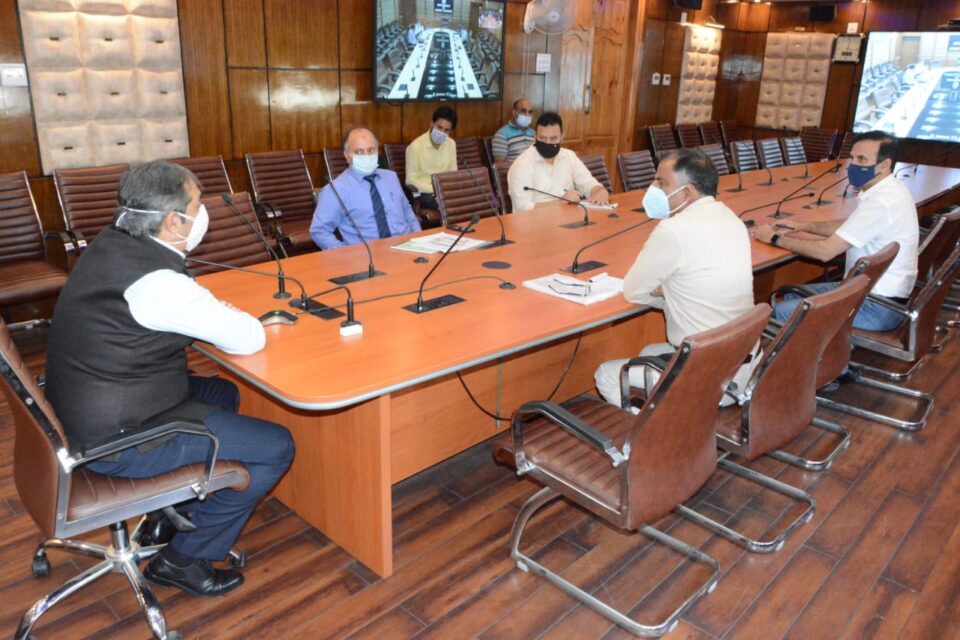 SRINAGAR, SEPTEMBER 16 ( KINS ): Advisor to Lieutenant Governor, Baseer Ahmad Khan today directed the officers of the Power Development Department to expedite the process of replacement of poles and barbed wire so that the same is completed before the onset of winter season.

He passed on these directions during a meeting at Civil Secretariat here to resolve the pressing issues regarding procurement of barbed wire and other material in both the divisions of Jammu and Kashmir.

Advisor directed the officers of the Jammu division to work in double shifts so that the entire procurement process is completed within 10 days. He said that he wants the material to flow down immediately without any further delay.

The Advisor directed the officers to make necessary procurement of material and put in place the labour to complete the work within the set time frame. Advisor said that the directions given in the meeting should show tangible results on the ground and the task should be taken to its logical conclusion without any delay.

Maintaining that the replacement of barbed wire is being monitored at the highest level, Advisor said that he will be evaluating the progress on daily basis and no laxity will be tolerated in this regard. He said that the government has attached a lot of importance to the replacement of barbed wire so that efficient power network is established in the Union territory of J&K which has been highlighted by the Lieutenant Governor on several occasions.

He also directed the Chief Engineer Jammu to work out the requirements of replacement of poles and barbed wire district wise and get the work started from the areas that could become inaccessible with the onset of winters.

Chief Engineer Jammu informed the Advisor that 87000 poles and 12551 kilometres of barbed wire is the total requirement and the replacement of the same is targeted for this financial year, the process of which has already been started.

Regarding the replacement of poles, barbed wire and other material in Kashmir division, Advisor was informed that 60 percent work of the Phase 1 Barbed wire has been completed and work is going on smoothly on the rest. It was also informed that tenders for the Phase 2 will be allotted by the end of October 2021. Chief Engineer concerned informed that they have enough material available and the same is being supplemented from time to time.

Advisor further directed the Deputy Commissioners of all the districts to have the physical verification of the entire process done in their respective districts. He further directed the officers to involve PRIs in the process. Giving directions for ensuring quality of work and transparency he said the feedback of general public will be taken to gauge the progress and performance of the department in this regard. He also said that BDC members should be informed about the ongoing developmental activities and the activities that are in the pipeline to get a feed back on its impact analysis. He also said that progress report should be recorded every week and the same should be submitted to the higher authorities.