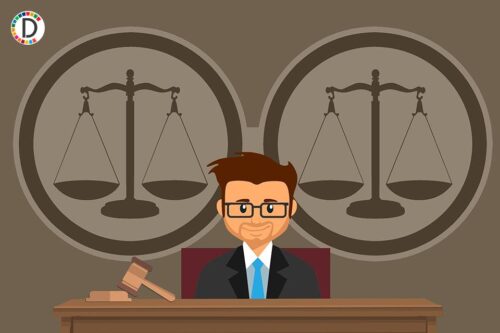 Jammu, Sep 22 (KINS) In a major relief to protesting Kashmiri Pandits, a local court on Wednesday modified its earlier order to pave way for the release of monthly relief allowance to over 25,000 migrant families.

The petition was filed on behalf of the migrant pandits for modification of the August 26 order which had resulted in stopping of the monthly relief, the only source of livelihood for some displaced families.

Hearing the long-pending case, the court on August 26 had ordered attachment of major head 2055, sub head 0872 and 1057 of judgement debtors, relief commissioner in connection with a case filed by a contractor who had constructed two-room tenements at Nagrota and Muthi for migrants at a cost of Rs 9.22 crore after getting the contracts between 2005 and 2008.

After receiving the full payment, the builder contested for loss before the sole arbitrator and got an award regarding both the buildings but the relief organisation filed two different applications for setting aside both the awards which were subsequently dismissed by the court due to failure of the prosecutor to plead the case.

The stopping of the relief led to protests by migrant Kashmiri Pandits at different places in Jammu over the past fortnight.

Advocate Kohli successfully pleaded the case before the additional district judge on behalf of the migrant Kashmiri Pandits.

“Accordingly, having regard to the undertaking submitted by the judgment debtor No.2 (Relief and Rehabilitation Migrants) and in view of the sufferings of the Kashmir migrant families, the order dated August 26 is modified to the extent that Major Head 2055 Sub Head 0872 and 1057 are detached and instead the Treasury Officer Tirath Nagar, Talab Tilo Muthi, Jammu shall deduct the decretal amount to the tune of Rs 89,10,613 from the detailed head 001 (Solary Head) of judgment debtor No 2 and keep in fact/reserve the same subject to further order,” the court said.

The relief and rehabilitation commissioner (migrants), in his undertaking, has submitted that an amount to the tune of Rs 1 crore will be maintained or kept intact in the detailed head 001 (salary head) till the final outcome of the court proceedings pending adjudication.

Kohli pleaded before the court that the migrant families are at the risk of starvation as the attachment of the heads lead to chaos and confusion among them.

“It is submitted on behalf of the Kashmiri migrant families that they are living in the camps and are solely dependent on the monthly cash assistance provided by the Rehabilitation Commissioner (Migrants) Jammu and by attaching the Major Head 2055, Sub Head 0872 and 1057 they are suffering from starvation,” the court said.

It said the counsel for the decree holder (builder) has submitted that he is aware of the sufferings of the Kashmiri migrant families and he favours such an order which may satisfy their grievances.

The court said the instant execution petition is pending disposal before it for more than three years and till date, the judgment debtors on one pretext or the other only gained time and failed to pay the decretal amount to the decree holder.

“On failure of the judgment debtors to pay the decretal amount to the decree holder, this court was left with no other option except to attach the Major Head 2055 Sub Head 0872 and 1057 of the Relief Commissioner (Migrants) Jammu,” it said. ( KINS)

Testing capacity increased by over 350% in one month, J&K now No. 1 in the country in testing: Kansal